When we hear the word hamster, the image of a cute little furry rodent comes to mind. A hamster is considered as one of the best and cutest pets in the world, but there are so many different breeds of hamsters that it is difficult to decide which one is best for you.

Hamsters belong to the rodent family and are very playful and sociable. Although there are 24 different species of hamsters, only 5 breeds are used as pets. They are generally 2 to 7 inches long and are palm-sized. Although small and fluffy, they are full of energy and love to exercise. They can run up to 20 miles a day and their life span ranges from one and a half years to almost 4 years. Their hearing qualities are much better than their eyesight and due to this, they get startled easily.

Which Pet Hamster Should You Adopt? 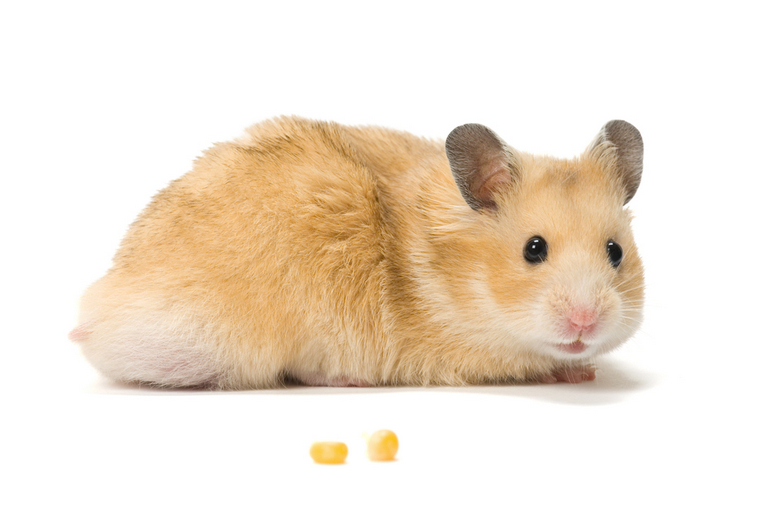 Syrian hamsters are the most loved breed of pet hamsters. Also known as the Teddy bear hamsters, they are very fluffy and come in a variety of colours. They are not very social and like to live alone. It is better to keep them alone in their cage as they love their own company only.

Their scientific name is Mesocricetus auratus and their popular name is Goldens. If you go to a pet shop and ask for Goldens, then you will get your Syrian hamster. They are generally about 4 inches to 7 inches in size with the females being bigger than their male counterparts.

Syrian hamsters are not active during the day as they are nocturnal. They have small eyes, a short tail and large cheek pouches. They have a very cute and pleasing appearance which is the reason for their popularity in the pet world.

Their average life span is about 2 to 2.5 years, but some are known to live up to the maximum age of 4 years. It is best to have teddy bear hamsters and it is recommended to keep them alone; otherwise, if caged with other hamsters, they may kill each other.

One of the main reasons for their popularity is that they are easy to handle and are friendly to the human touch. 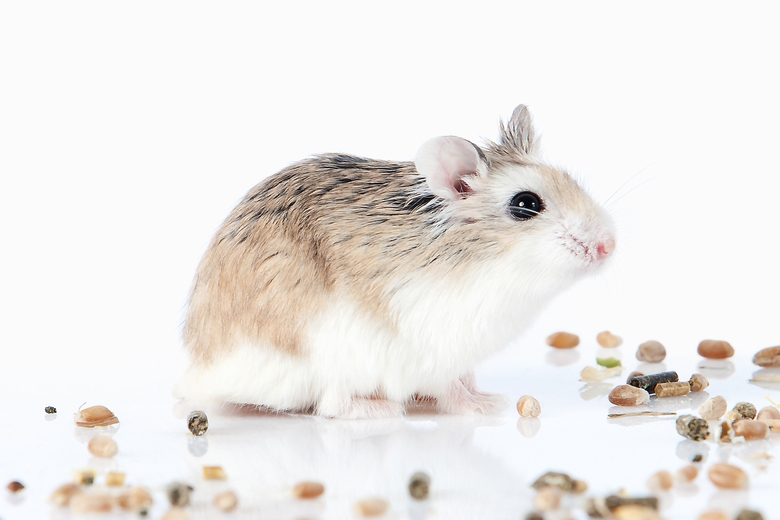 Social, active, quick and agile are the main characteristics of Roborovski Dwarf Hamsters. They are very sweet, friendly, and do not usually nip. They like to live in groups if they are introduced to other hamsters at an early age.

They also have a good temperament, but they are better for observation rather than handling because of their small size. It is often seen that if you do not handle them carefully, they can easily slip from your fingers and go bouncing around your house.

A white belly and sandy brown fur are their main features. They have white marks over their eyes and rarely have a white face. They have a maximum size of about 2 inches and can live up to 3 to 3.5 years easily. They have been clocked to run about 100 miles in a single night, which clearly shows their agility.

They are also the cutest breed of all the hamsters. Their natural instinct is to escape when caught and due to their small size and agility, they can easily escape your hands. So, it is best to leave your tiny Roborovski Dwarf Hamster in its cage, and enjoy observing it.

Dwarf Campbell is another breed of hamsters which are very social. They are kept in a pair of the same gender or in groups of the same gender. They are social but not very responsive to the human touch. They get anxious very easily and they may nip your fingers if they feel threatened. But, they are very good pets and are very fast and agile. They are also nocturnal but wake up during short periods during the day.

If you hear squeaking noises during the night, then it means your hamster is hitting the wheels in its cage. As their name suggests, they are very small and hail from Russia. It was first caught by a man named W.C.Campbell, from where it gets its name of Dwarf Campbell Russian hamster.

Their maximum size is 4 inches and they can live up to 2 years. If you keep a baby dwarf hamster with a group, they can live easily with that group, but it is not recommended to introduce new hamsters in their cage at a later stage of life.

They are much harder to handle and can nip if frightened, but they make good pets. They just need proper supervision while handling. Since they are so small they can easily slip between wide cage bars. Their cage should have close-set bars for their own safety as well as yours. 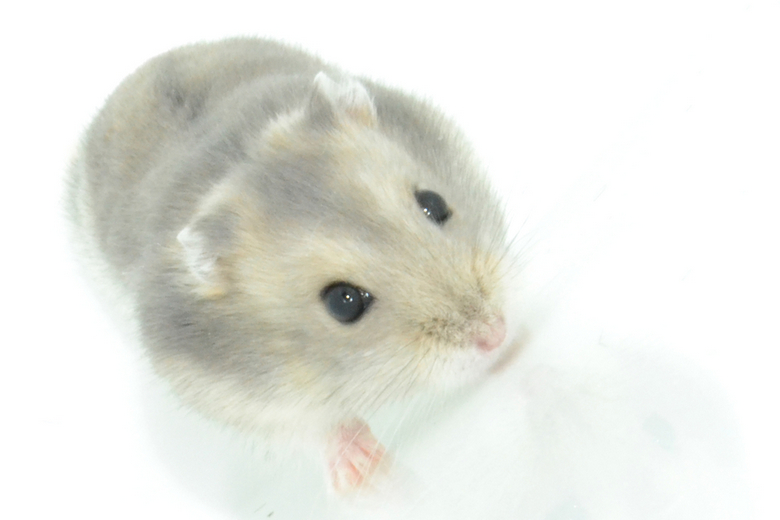 Popularly known as striped hamsters, the Chinese hamsters are not social and like to keep their privacy. It is best recommended to keep them individually. If housed together, they can get aggressive towards each other and can end up killing one another.

They are very friendly towards humans but are also a little timid. They like to be tamed and love to play. They like to keep active during the night and like to sleep during the day. They have a long, sleek and slender body and they can grow up to 4 inches in size. The two popular colours of Chinese hamsters is the dominant spot and an agouti coat with black fur.

Chinese hamsters are also very agile and need lots of toys, space and activities to keep them engaged. If they get bored, they get grumpy and start nipping. They also love to dig and hide in tunnels. An aquarium is the best choice for a Chinese hamster. If you are giving Chinese hamsters to your children as pets, they need constant supervision as they are very quick and fragile and can get grumpy easily. 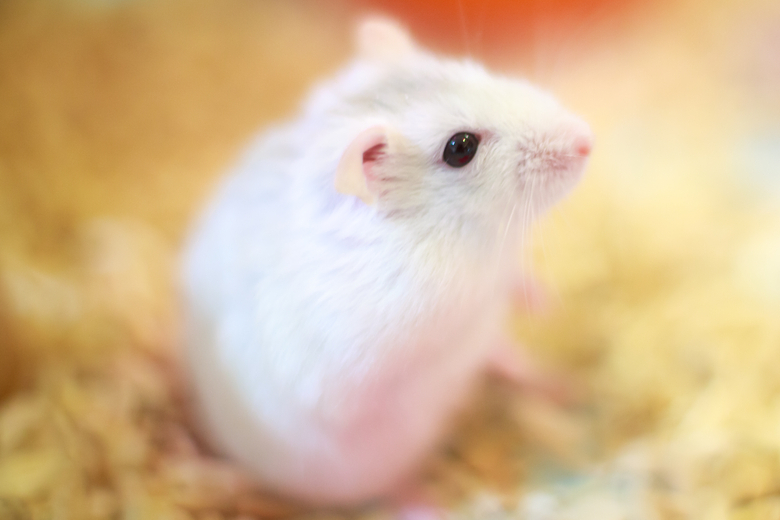 Dwarf winter white Russian hamsters are very sweet and gentle. They are also very responsive and friendly. They are also nocturnal and they can be kept in pairs of the same gender if introduced at a younger age. They do not get nervous or frightened, but they are very quick and agile.

The most popular colour of the dwarf winter white hamsters is the Sapphire pearl. They are also very tiny and a full grown hamster will only be 4 inches long.

It is recommended to keep them in an aquarium rather than a bar-cage as they can slip through easily. It is also known as the Djungarian hamster and the Siberian hamster, after the places where it is found.

They are very active and quick and need running wheels and climbing areas in their habitat. They can easily be your workout partner as they never get tired. They are very easy to tame and like to be held and petted. They are a small cute ball of fur and can live up to two years.

Thus, there are different breeds, colours, and types of hamsters which can be chosen as pets. All of them are cute but have different temperaments and breeding differences. You can make the best choice based on your priorities.