The Sugar Glider as a Pet: An Exotic Companion

The cute and curious sugar glider is one of the most popular exotic animals out there. This little friend is extremely sociable and loves to be in warm arms. Despite this, the sugar glider is not an animal that requires little care in captivity so it must be treated with care and attention. First of all, let's inform ourselves a little about this sweet friend.

What is a Sugar glider?

The scientific name of this small ball of sweet is Petaurus breviceps; however, it is known as the sugar glider. Its appearance is similar to that of a small omnivorous possum, it favors the branches of trees and is a nocturnal animal, belonging to the family of the marsupial infraclass.

The sugar glider owns its particular name due to its predilection for sugary foods such as sap and nectar, in addition to its great ability to slip through the air that allows it to effectively reach food and escape from predators. This ability is very characteristic of the flying squirrels, which have habits and aspects similar to our sugar glider; however, they are not intimately related at all. 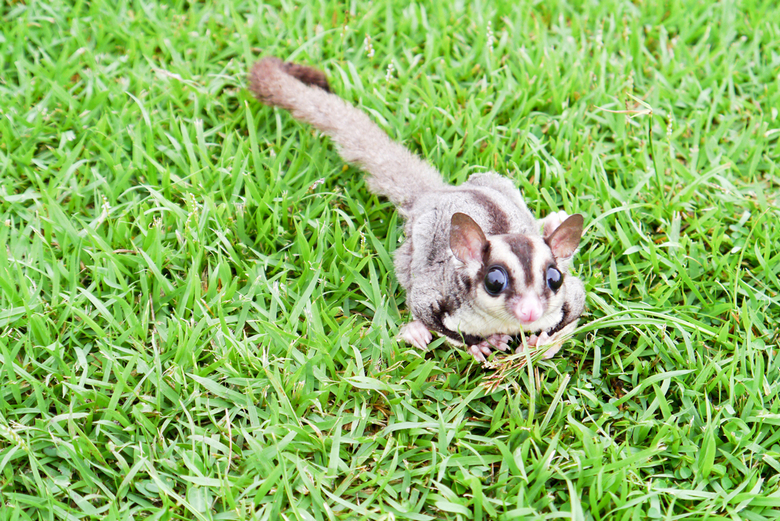 How are they as pets? 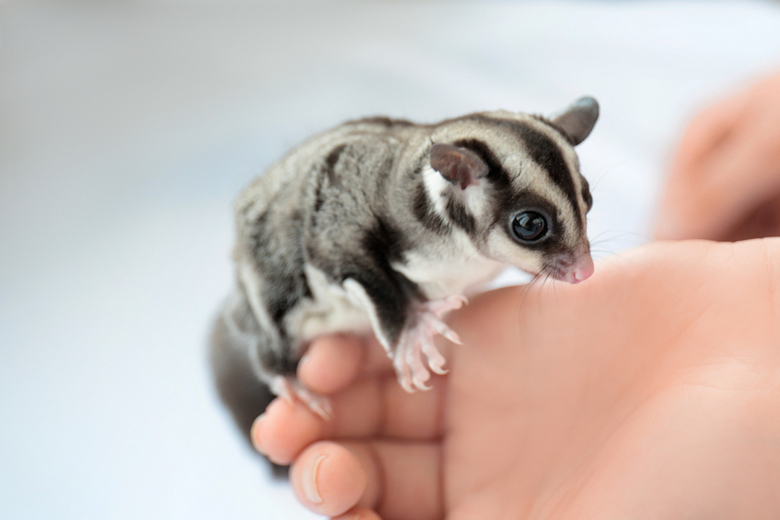 One thing to have in mind if you want to have this tender animal as your pet is that they are not low maintenance. For example, it is known that they are very sociable animals that love to live with the same species. If they become alone, they will easily become depressed and will be in great danger of dying. Because they are very sociable, they must have a lot of interaction with their masters, so you should not lack interest and affection for your part.

Sugar gliders like to “fly” and feel free so, the place where you will have your pet represents a challenge. As they are restless and active creatures, they need a lot of space in their cage, and you have to keep in mind that they like to climb and jump, so the vertical space is more important than the surface of the floor of the cage. A recommendation for the size of the cage for a pair of sugar gliders is of 60 x 60 cm x 1 m high. This is not really a rule, the bigger the better for them.

The cage should be placed in an accessible place in the house, where it does not receive direct sunlight and is safe from air drafts. The best temperature range for them is between 20 and 30 degrees so you may need to change the location in summer and winter to find a warm place.

As for their diet, this is a little difficult to replicate in captivity, but can be achieved by calculating carbohydrates. It is important to give them a diet rich in carbohydrates but just the right amount for them. So, don't forget the fruits, vegetables, cereals, and proteins that are suitable for them. Before acquiring a sugar glider, be sure to research about their diet specifics.

Finally, the sugar gliders are very clean animals so you will not have to spend much time cleaning them, only when required. Although it is very difficult to potty train them, beside this, the rest will be very easy to clean.

This small glider tends to be very prone to getting sick, the sugar glider hides their diseases very well, as it is a defense mechanism in nature to not look weak against possible predators. For this reason, it is difficult to know when they are ill. Therefore, you must be especially observant.

Some of the diseases that sugar glider usually suffer from are liver infections, calcium deficiency, depression, diarrhea, constipation, facial swelling among others. All of these need the treatment of a specialized veterinarian. Some of the symptoms that will help you detect if your pet is sick are lethargy, lack of appetite, weight loss, tremors, vomiting among others.