Guinea Pigs vs Hamsters. Which pet is right for you ?

It is very natural to get confused between a guinea pig and a hamster. The two look very similar but with close observation, you can find out how they differ from each other. Whether you wish to have them as a pet or are just inquisitive about the differences, here is how you can differentiate between the two.

What is the difference between a guinea pig and a hamster?

Guinea pigs are identified by their plump bodies along with really short legs. They are also called as rodents who do not have a tail. A guinea pig would generally weigh up to 2 pounds and measures from 6 to 10 inches.

On the other hand, a hamster has a short tail. People are often fond of the golden hamster as it looks very attractive as a pet. They are nocturnal beings and typically eat fruits, leaves and seeds which they carry in their cheek pouches.

When it comes to their size, guinea pigs are huge in size as compared to the hamsters. It is also one of the reasons why they are more costly than a hamster. So, if you wish to get one as a pet, then you can consider this fact.

Guinea pigs would only eat plants for their food which makes them herbivorous. It should be noted that they also feed on a type of their own fecal matter called caecal which is softer and a lighter color than their other poop. This type of food is rich in nutrients and vitamins. Hamsters eat both vegetables and meat which makes them omnivorous.

You can find around 13 species of guinea pigs whereas the number of species for hamsters is 25. So, if you are looking for variety while choosing a pet then hamsters are a good option.

It is very interesting to note that offspring produced by hamsters are born without sight and hair. A female hamster gives birth to 6 to 12 pups on an average. They might also go up to 20 sometimes. On the contrary, guinea pigs give birth to only 2 to 4 piglets. If you wish to own a pet which would not give birth to more offspring than opt for guinea pigs.

When it comes to interaction, guinea pigs are known to interact with other animals as well as guinea pigs. They usually need a constant connection with human beings. So, if you are looking to have guinea pigs as your pet then be ready for giving them your attention often. They are normally very good-natured in groups. On the other hand, hamsters can be very aggressive in a group. They can also get cranky if they do not get their food when hungry. The lifespan of a guinea pig is from 5 to 7 years. On the other hand, the lifespan of a hamster is only for 2 to 3 years. 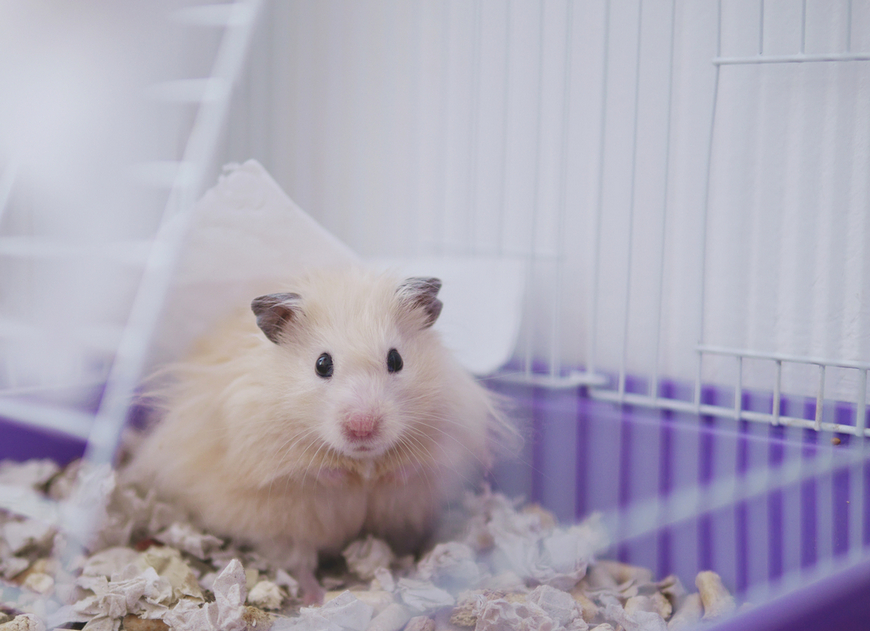 Hamsters can live on their own, but they usually need an environment wherein they can keep themselves busy. You can also consider having more than one hamster as they can do well when they have company. The cage for your hamster should be 24 inches in length and 13 inches in width. If you have a flexible budget, then go for a cage which is bigger. This is so you can put in more toys and things for it to play around with. It will also give your pet hamster enough room to simply play.

Guinea pigs are bigger in size than the hamster and so they naturally need larger cages. The minimum cage size that you should ideally have is 30 inches by 36 inches. Guinea pigs are very social in nature and you would need to have more room to accommodate them.

What about the children?

Many people think that getting hamsters for their kids is indeed a good idea as they are small and easy to play with. But it should be kept in mind that hamsters are nocturnal in nature. Children might also end up playing a lot with hamsters which tends to make them annoyed. They can also escape through your grip very easily which makes them difficult to manage.

In comparison with the hamsters, guinea pigs are easier to handle. However, kids who are below the age of 8 should always be supervised. If they pick up the pet roughly then the guinea pig might end up retaliating with a scratch or a nip. An important thing that should be kept in mind is that both hamsters and guinea pigs carry zoonotic diseases. Since young children do not possess a strong immune system, it is not a good idea to keep the pet around kids.

Before you decide to get hamsters, you should know that they have an escaping nature. These funny little creatures tend to simply escape the cages that they are kept in. Make it a point to keep the cage for your hamster very secure. Hamsters can easily chew on anything so make sure that the cage that you put them into is gnaw proof. The cages can get smelly very often which is why you should always clean them frequently.

Guinea pigs do not have the habit of escaping from the cage. Although they should be kept in a secure and safe environment. Like hamsters, the guinea pigs need to gnaw on things to keep their teeth in a good condition.

A hamster is a creature who is nocturnal in nature. They can get very busy in the night and would simply run around or be overly active. Keeping them inside your bedroom is not advised as all the noise that they make can be distracting.

Guinea pigs are not nocturnal as such but they take several naps in a day. Their activity can bother you during the night. Consider keeping them outside the bedroom. However, you should never put your pet animals in a garage. The car fumes can be really dangerous for them. Guinea pigs are known to live much longer when they are kept indoors surrounded by humans and other animals.

Hamsters are less demanding as pets and are also cheaper. However, they do not last for long which can be a drawback. Guinea pigs are more expensive, but they also have more lifespan. This means that you can bond with them for a longer period.