Guinea Pig Bites: All You Need to Know About

There’s absolutely no doubt about the cuteness of guinea pigs and the friendly nature of this pet. It is seldom that you would see a guinea pig bite which is why, when they do; there is a reason behind it. If you own a guinea pig, then you must know that they are always communicating with you in various ways. If the guinea pig’s biting is getting more common each passing day then it’s a sign that they are not happy. It can also indicate some inconvenience in general. Let’s dive into some frequently asked questions regarding this topic.

What you need to know about Guinea Pig bites

Why does my guinea pig bite me?

It should be noted that a guinea pig might bite you when you try to hold it up often. As a rule of thumb, a guinea pig does not like to be held too much. They can get irritated and hence start biting. It could also be a result of a noisy environment which ends up making them feel uncomfortable.

Another reason why your guinea pig might be biting you is due to fear. Guinea pigs can develop a negative emotion towards those who have mishandled them before. This causes them to be really afraid and hence bite as a result. As this pet keeps running around and playing, it is possible that your guinea pig might have some pain and discomfort due to some bruise or sprain. This is why when someone tries to hold it, they cannot stand the pain and in an attempt to retaliate can end up biting.

What does it mean when your guinea pig tries to bite you?

If your guinea pig has been biting you a lot lately then it can mean a multitude of things. One of the reasons could be that your hands might smell like something that they usually eat. Under that illusion, they can tend to bite you. However, the most common reason for a guinea pig to bite is when they need to pee. It is their way of exclaiming that you need to let them go.

Noise or commotion, in general, can also be a trigger when it comes to biting. The noise could be due to several reasons such as traffic, loud TV, thunderstorms and the like. If your guinea pig is feeling a little moody then it can tend to bite. Although guinea pigs are very social, they also need to be left alone every now and again. If you have started playing with your guinea pig and notice that they are simply starting to bite, then it’s a good idea to let them just be for a while.

Lastly, the reason behind your guinea pig’s bite can also be mites or parasites. When feeling unwell, your guinea pig can start biting anyone who holds it. You might have to take it to the vet and get a thorough checkup done. Mites usually make the skin of guinea pigs very sensitive which causes them to retaliate when tried to be held.

Why guinea pigs bite each other?

If you have more than one guinea pig in a cage, then biting is kind of normal. It usually happens when the guinea pig that you have is in its adolescence. The younger one would normally start to bite the relatively elder guinea pig. Biting among guinea pigs is normal as far as it is not too frequent. If you notice that the guinea pigs are biting each other and are in a fight, then you should keep them in separate cages.

Is a guinea pig bite dangerous? 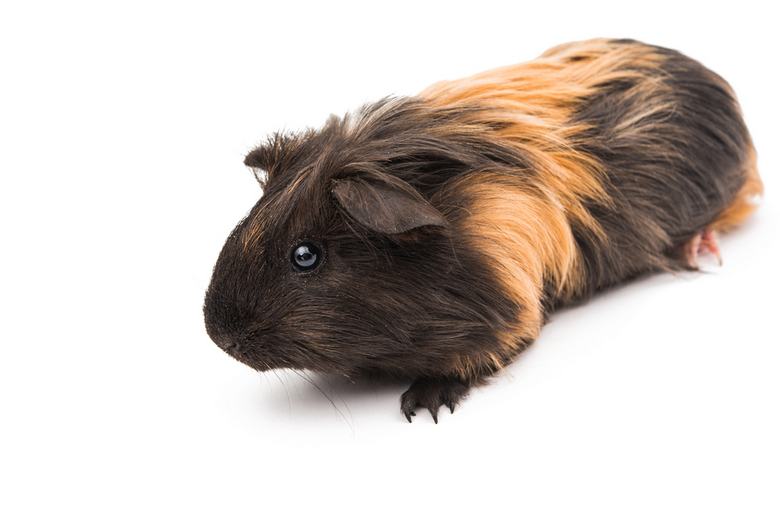 There is nothing to worry about with a guinea pig bite. If you are having a guinea pig as your pet, then there are bound to be instances when it will bite you. More often than not, it is a gentle peck sort of bite. During this time, you should know that the bite is harmless and only means that you need to address the issue that needs concern. Usually, a guinea pig bite means that they need to be given some space for a while. Your cute guinea pigs are indeed very cheerful pets, but they surely need an alone time of their own. You should know that you don't need to do anything special to help them. As long as they are healthy, they can simply figure it out on their own. After a while, you will see them coming back to you and being their joyous self. Rest assured a bite from your adorable pet does not need to be worried about.

What to do after a guinea pig bite?

You need to pay attention if the guinea pig bite has caused some bleeding. Mostly, the bite tends to be a normal one which does not cause any harm. But if it causes bleeding then you need to address the situation with care.

Wash the affected area with soap and let it dry. After this, you can put a topical antibiotic on the wound. You can then cover this up with a bandage. In case the recipient of the bite is a fellow guinea pig, then there are two ways you can go about it.

If the bite is harmless and gentle, then you can let it be. However, if it has caused some bleeding in the guinea pig then certainly take them to a vet. A professional doctor would be able to handle the situation much better than you could.

The majority of guinea pigs have a very pleasant and friendly nature. In fact, that is what they are generally known for. This is why when a guinea pig gives you a nip, it is their way of telling you that something is not right. You might also need to show patience with some guinea pigs who tend to be frightened in general. With time they will adjust to being your pet. What you should avoid at all costs is to shout at them or to handle them roughly. This will only make them more frightened. If you feel like your guinea pig has become really aggressive then you should definitely take it to a vet.