Reasons to have Rats as a Pet

Lara is an animal lover and a pet writer. A fur-momma of three rambunctious dogs and also a supporting member of The Philippine Animal Welfare Society. Read more 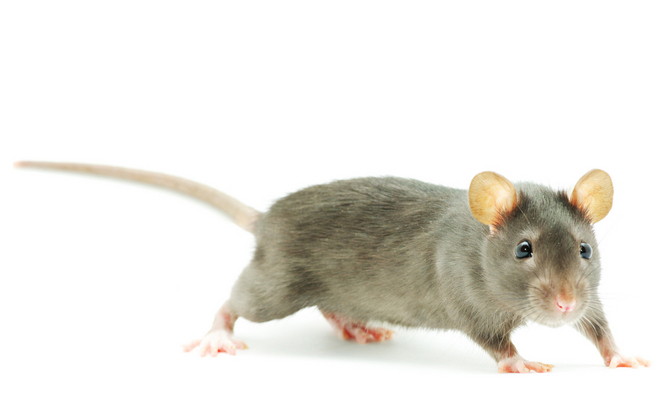 Rats are among the most sociable critters in the wild. They thrive best when they live in cooperative communities of their own kind. Despite more than a century of domestication, this instinct hasn’t been bred out of these critters.

Rats can’t simply live alone. Like bunnies, rats could get depressed and die. Rats demand a lot of attention to be happy, which is more than you’ll be able to provide. Hence, if you are thinking of adopting a pet rat, adopt at least a pair or more. Otherwise, your lonely, undersocialized pet will develop behavioral problems in the future.

2. They Say No to Other Rodents

Rats can coexist peacefully with cats and dogs in the house. While rats can hang out with other furry family members, they generally hate other rodents such as hamsters, mice, and gerbils. But if you have the rat-killing kind for a dog such as the Jack Russell terrier or Dachshund, you have to teach him not to kill his rat brothers.

It doesn’t mean your pets won’t be interested in you once they have a rat BFF of their own. First, you have to override your rats’ fear of you by establishing trust through continuous care and attention. Once he’s familiar with your weird scent, you can start offering tasty treats with an open palm.

As soon as your rats associate your hands with goodies, they’ll start snatching stuff from you without worries. Then you can start picking your rats up one at a time. It really won’t take long for your pet rats to interact with you. When you’ve already established a bond with your pets, they will start hanging out on your lap or shoulder. By then they’ll become attention-seeking little bastards who will bounce around to be noticed.

“Rats are highly intelligent rodents,” says PETA. Although rats have poor eyesight, their memories are sharp. As long as you set your heart into it, you can train your rats to perform simple tricks or navigate mazes. Rats can even play basketball.

Male rats are a little laid-back. They love to snuggle with each other or curl on your lap. Plus, they are bigger than females, which adds plus points to their cuddle factor. The boys seem good as gold, don’t they? But you can also find them doing noisy play-fights time to time, which is completely normal. However, you need to raise the males together. Once they have decided who’s alpha, introducing a new adult male in the near future can be a challenge.

Female rats, on the other hand, are audacious explorers. They are a ball of fire! And due to this lively and inquisitive personality, female rats are easier to train compared to males. Females are also hilarious when they are in heat as they become flirtatious.

As soon as your female rats start doing dances, you may want to separate them from the males unless you want a bunch of baby rats. It is wise to house rats with the same sex or have your pets spayed or neutered.

Rats need a well-ventilated enclosure, so don’t even think of housing your pets inside an aquarium. Glass enclosures can only cause respiratory problems as ammonia quickly builds up due to urine.

In addition, rats can easily get stressed if they don’t have ample space to scurry around. Chinchilla and ferret cages are a good size for rats but make sure the wire spacing is small enough so they can’t squeeze through the gaps. The suggested wire space is ½ inch.

If your rat cage has a wired floor, cover it with something solid to prevent foot injuries. Then line it with fleece or cover it with paper-based bedding materials or non-toxic wood chips, which you can buy online or from a pet store. Never use pine wood chips and newspapers as these are toxic to rats. Likewise, don’t use sawdust and other dusty materials that could cause breathing problems, cotton wool is also unadvisable as it can cause intestinal blockage in small pets.

The location of your rat cage also has an impact on your pets’ overall well-being. Since rats love attention, place the cage in the heart of your abode or in any busy part of the house so they get an eyeful of your daily life. Just be sure the cage doesn’t get exposed to direct sunlight as rats are susceptible to light, particularly albino rats. Likewise, keep the cage away from music systems or the TV.

You know you’re doing the right thing if your rats’ cage is a hive of activity. To realize that possibility, make sure to provide your rats with a plethora of toys to keep them bustling.

Rats, particularly females, get bored too quickly. To cater their love for adventure, create a playground with varying levels using cloth tunnels, drainpipes, hammocks, ladders, and ropes. If you have kitchen rolls and tissue boxes, throw them in. Rats love to shred paper to bits.

Moreover, allow your pets to roam around a safe area within your house occasionally. Rats love to explore and discover new smells. While they’re out of their cage, bond with your pet through pea fishing or treat hunting.

Don’t allow anything important to you lie around near your rats’ cage or else they will destroy it. However, you can’t blame rats for their incessant chewing.

“Rat teeth are harder than copper and iron,” says Orlando Rats, a rat control company in Florida, USA. Among a rat’s main features is its powerful jaw with incisors that grow unceasingly. If left unchecked, its incisors can grow up to an 86-degree angle. This makes it hardly possible for rats to even shut their mouth or to eat. Eventually, this will lead to its death.

Therefore, it is important that you provide your rats a good deal of toys to gnaw on.

Surprisingly, these sociable critters also need some time alone. Thus, make sure your rats have their own little nook within the cage for their occasional solitude.

Rats stink fast, especially male rats as they often leave scent marks on their path. But bathing them puts them into a lot of stress, which only cause them to leave even more scent marks. To keep them fresh and squeaky clean, use wet wipes.

The biggest downside for having pet rats is that these critters are highly susceptible to cancers and tumors. Rats only have 2-3 years to live. Time flies fast as soon as they worm into your heart and you’ll realize they’re already gone.