Cockatiel Facts and Info: The Ever Flashy Cockatiel!

February is internationally known as the month of love and friendship and many would agree that singing a beautiful ballad to your loved one is of the most romantic things ever. Here at Pet Comments, we will tell you a bit about one of the most popular heartbreakers in the feathery world. They will charm their way into your heart with their joyful personality and whistle concerts dedicated to you. Yes, we are talking about the beloved cockatiels! 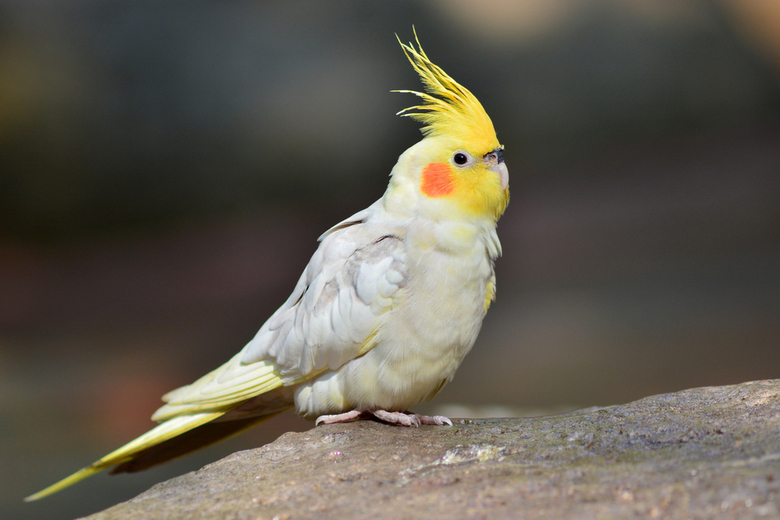 The Nymphicus hollandicus, commonly known as a Cockatiel is a parrot belonging to the family of cockatoos. Their life span is up to 20 years and some cockatiels are known to live more than 30 years under a kind and loving roof.

Cockatiels are naturallyfrom Australia; it is believed that they were discovered in 1770 and live in arid and semi-arid regions of the country. Cockatiels fly in pairs or small groups and breed easily both in the wild and in captivity making them fairly cheap pet parrots.

This cheerful parrot is widely known for its crest at the top of their head that has the particularity of revealing the cockatiel’s emotional state. A completely vertical crest means the animal is excited or startled, while a completed flat to the head crest means your feathery friend is angry or scared.

Cockatiels can reach from 12 to 13 inches when they are fully grown, making them the smallest in the cockatoo family. Their feathers’ colors are mostly gray with yellow and some white details; the males have a yellow head, and the female is almost completely gray. Both sexes share the round orange spots in their ears that make them so adorable (almost as if they were blushing!)

Cockatiels have an unquestionable social disposition. They love to spend time with company, play games and learn tricks. Cockatiels are in fact so friendly they crave the social interaction. So, if someone is interested in having a cockatiel as a pet, but lacks the time to spend with it is better to abstain from getting the parrot.

Lonely cockatiels can become quickly depressed and develop self-destructive behaviors like hitting their heads against the cage, pulling their feathers, refusing to eat and so on. If you don’t have the time to share with your cockatiel friend, it is better to get two cockatiels so that they can keep each other company. They are smart parrots, therefore; they need activities and games to exercise.

Many parrots learn to “speak,” but cockatiels are better at whistling and they love to do it! In the wild, they do these sounds to go and “woo” the female. A pet cockatiel could whistle at anything they like. Males often look for mirrors to whistle at, yet, it is common for them to whistle at their owner which is a compliment by the way.

Like any other pet, these lively companions require all the proper medical attention that is needed for it. Cockatiels shed old feathers and grow new ones a couple of times in a year; still, if the cockatiel sheds too much or too often it is a reason to feel concern. Female cockatiels have a specific health matter to worry about. This is chronic egg-laying, insolently the female cockatiel does not depend on the male to lay eggs, she will just lay infertile eggs. As a result, female cockatiels need extra calcium in their diet.

Acommon problem with cockatiels is that they are often fed seeds only; cockatiels are small for some parrots but still, is a small-sized parrot that demands all the proper vitamins, nutrients and minerals for them. Cereals, grains, edible blossoms, greens, fruits, some flowers and pellets made especially for them are among their diet choices.

Alertable signs in cockatiels include too much sneezing and not having a clear colored discharge. Cockatiel’s health needs as much attention as other pets, it will keep them in good shape, happy and forever thankful to you!

Cockatiel males make wonderful dads and husbands! They are monogamous and form a bond that lasts throughout the year. Males incubate the eggs during the day and females do it at night. Males are also dearly caring and protective over the young ones.

Careful with the Kitchenware

Fumes emitted from cookware coated with Teflon can be harmful to cockatiels and quite frankly to all kinds of birds.

Cockatiels are one of the most popular pet birds in America, second only to the budgie. They are easy to get because of this, and their size, disposition, and temper makes them the perfect companion.

Cockatiel males are better whistlers than females and males are more likely to learn to “speak” a few words than females. A singularity that gives them extra points among the females! 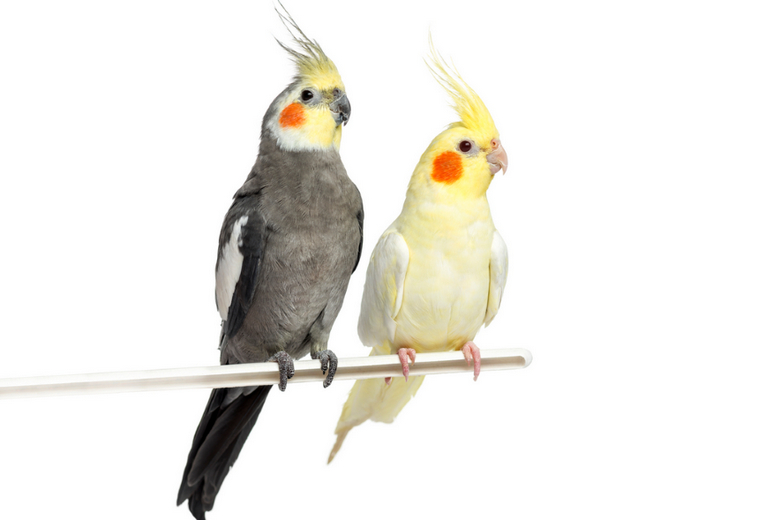 They Come in a Variety of Colors

Cockatiels main colors are gray, yellow and white, but there are officially 22 cockatiel color mutations established in aviculture.

These flashy birds are relatively easy to breed; a clutch can consist of 4 to 10 eggs. These are laid once every 2 days and incubated for 18 to 22 days. Hatchlings wean between 8 to 10 weeks old.

Cockatiels are one of the 3 parrots that create an abundance of bird dust; this comes from the white powder-down feathers that grow close to the bird’s skin. The feathers grow among the down feathers and both are to help insulate and waterproof the bird.

Wild cockatiels are very light sleepers in order to protect themselves from predators. Domestic cockatiels are also light sleepers, so is not uncommon to hear trashing in the middle of the night. It doesn’t have to be something actually alarming, a little noise, a shadow, and even unconventional lights can prove trashing in your bird while they struggle to “protect” themselves from potential danger. To avoid this, many use bird cage covers and try to eliminate the trigger of the trashing episodes.

And that is all! We hope you found this information useful; cockatiels are already so popular they don’t need further propaganda, but if you are looking for fairly easy, friendly and smart companion cockatiels may be the ones for you!