The ancient Bankhar Mongolian herding dog is making a comeback out of sheer necessity. For over a century, these powerful dogs were used by Mongolian herders to protect their sheep flocks from predators.

Things took a definitive turn after the Xinhai Revolution when Soviet troops occupied the Mongolian territory. As Mongolia became a more industrialized country, other control methods such as guns and poison were used to control the predator population.

Not only did alternative methods lead to a decrease in the Bankhar population, the fate of other species such as snow leopards, eagles, brown bears, and foxes hung precariously in balance. Scientists are now looking for ways to increase the population and reintroduce them into their historical purpose: flock protection.

History of the Mongolian Bankhar Dog

The use of Mongolian Bankhar dogs for protection against predators is a tradition in Mongolia that dates back hundreds of years. These extremely powerful dogs are known for their stealth and ability to deter nearly any type of predator. So deeply-ingrained within the life of the sheep herder, the typical greeting when approaching a herder was "Hold your dog."

Traditionally, herding is the backbone of the Mongolian economy. The use of Mongolian Bankhar dogs always proved effective in controlling predatory species in an environmentally friendly way. Herders are reporting that their flocks are suffering massive losses at the hands of the endangered snow leopards and wolves.

The introduction of the Mongolian bankhar dogs seems to be the only surefire way to provide an ecological balance. Not only is there documented proof that the dogs are effective in livestock predation, other species on the cusp of extinction will bounce back. According to scientists, the loss of soil and grazing areas have affected both natural and human communities alike. 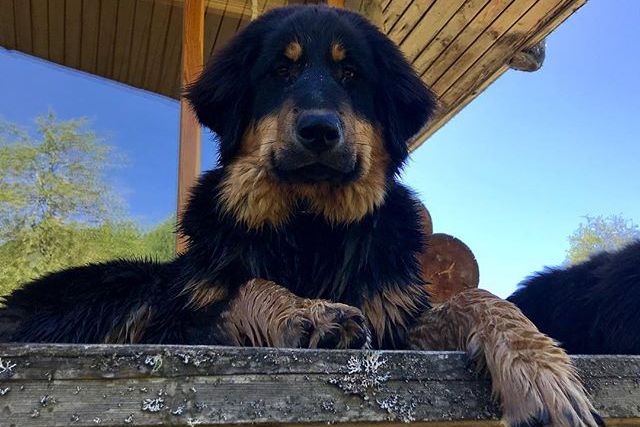 Traits of the Mongolian Bankhar

There is a great deal of lore associated with the Mongolian Bankhar dogs. These ancient landrace dogs are big, protective, and fit perfectly into Mongolia's ecosystem.

These dogs can have a wide array of colors, with black and mahogany being the most common.

The Bankhar coat is pretty long at 3-4 inches. It is also adaptable to the often harsh Mongolian winters.

Bankhars are independent thinkers. They are not aggressive toward humans unless provoked. They will not back down against predators and will attack if the predator refuses to retreat. Overall, Mongolian Bankhars are viewed as socialized and trustworthy.

These dogs are athletic and genetically diverse. These dogs are known to be long-lived. There are reports of some Bankhars living past 15 years. And many of the older dogs still work in the field herding. Bone disease and other opportunistic illnesses in these dogs are minuscule. 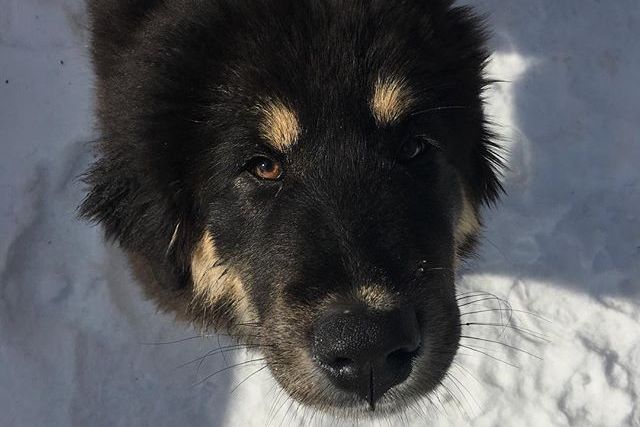 The Project (MBDP) was founded by American biologist and entrepreneur Bruce Elfstrom in 2011.

While working in Mongolia, Elfstrom spoke with a number of herders who were not using herd protection dogs like he had witnessed in other countries. These herders were losing cattle and sheep on a large-scale basis.

Elfstrom soon learned the history of the Mongolian Bankhar Dogs and the negative impact alternative predator eradication methods had on the breed. Surprisingly, he found that in some of Mongolia's more remote regions, the dogs are still being used to this day.

Lethal predator controls including shootings, poisonings and trappings, threaten Mongolia's predator population. The use of Bankhar dogs not only reduces depredation, it encourages predators to stalk natural prey. Studies actually show that the presence of Bankhar dogs reduces predation by 80%.

The Mongolian Bankhar dog population is very low versus what it was just 100 years ago. Restoring the dog to its former status is a win win for the breed, the herders, and the country's ecological system. Dogs are chosen based on the following criteria:

With 75% of Mongolia's land space serving as pasture, it's no wonder why the Mongolia's Bankhar dog is getting a second chance.

After many years of using alternative predator elimination methods, scientists have found that shoring up the population of these friendly, loyal, physically imposing dogs will help both herders and the delicate Mongolian ecosystem.