10 Strongest Dogs You Shouldn’t Dare To Mess With

Dogs and humans have been living together for ages and now we can’t live without one another. Dogs are amazing companions and great pets. They are active, loyal and strong. They are our best friends and to them we are everything. They love us more than we love them. A dog is someone who will save your life before his. However, there are different kinds of dogs in the world. Some are small, some are giant, and some are little like pugs and some are super strong like pit bulls. If you have ever wanted to know about the strongest dogs in the world, this list is for you.

10 of the Strongest Dogs in the World

Here we have mentioned the top 10 World’s Strongest Dogs. Feel free to share this with your friends who love dogs as much as yourself. 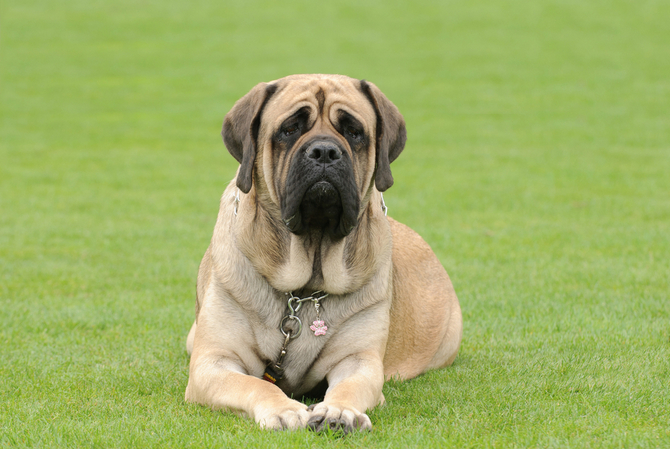 English Mastiff is a giant breed of dogs. They are enormous in size with a massive head and great body. The modern breed of English Mastiff can be traced back to the 19th century. They are very popular giant dogs. His temperament is cool, and he is considered as one of the noblest giant dogs. He is a one kind dog but when it comes to danger, he is also a furious dog and will do anything to save his master from any type of danger. He is amazing with kids; he will let the little ones do pranks on him all day long. He is loyal and gentle. He is very powerful and strong with great intelligence, courage and a protective instinct. 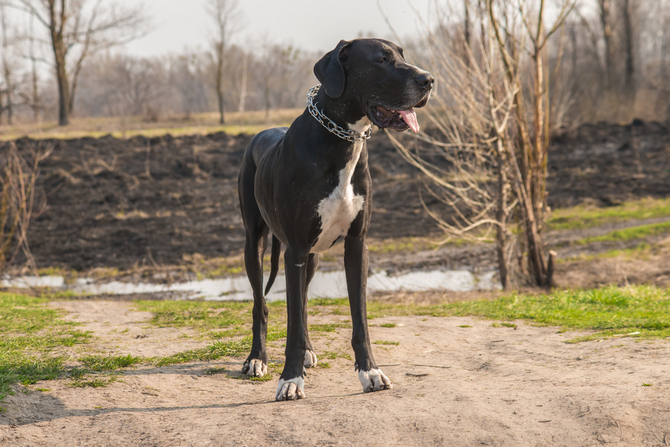 Great Dane is large German breed of domestic dogs. Great Dane is known for their huge body and tall height. In Germany, they are known as Deutsche Dodge. One of the tallest dogs in the world was Great Dane “Zeus”, he was measured at 44 inches (112 cm) from shoulder to paw. With this height and build, they are one of the strongest dogs in the world. They are referred to as Gentle Giants, due to their temperament. They are very gentle, loyal and friendly natured. They often seek physical affection from their owners. They are not aggressive in nature, but rather friendly with other dogs too. When it comes to kids, they have great patience. Kids can do all the tricks on them, but it won’t bother them. They are very dignified dogs, full of strength and elegance. When it comes to danger, their powerful muscled body is always ready to face it. 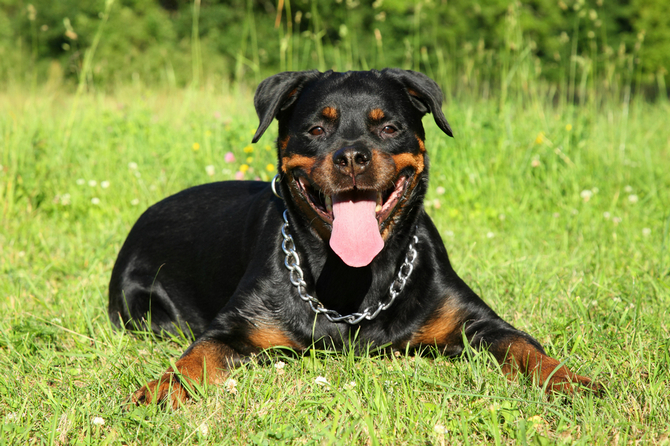 Rottweilers are a medium sized domestic dog breed, which was originally bred to herd livestock and pull carts. They are used as search dogs, guide dogs and even as police dogs. They are one of the best guard dogs in the world. They were bred to be one of them and this is the reason why they are still fearless and one of the strongest dog breeds. Training is very important to keep a Rottweiler’s temperament in control, if not trained properly they can be ferocious creatures. Their social skill also depends upon their training. Rottweilers are very protective of their owners and they can be aggressive other strange people. They are extremely intelligent and with proper training they will be calm and awesome. They are good by nature, but bad training can turn them aggressive. 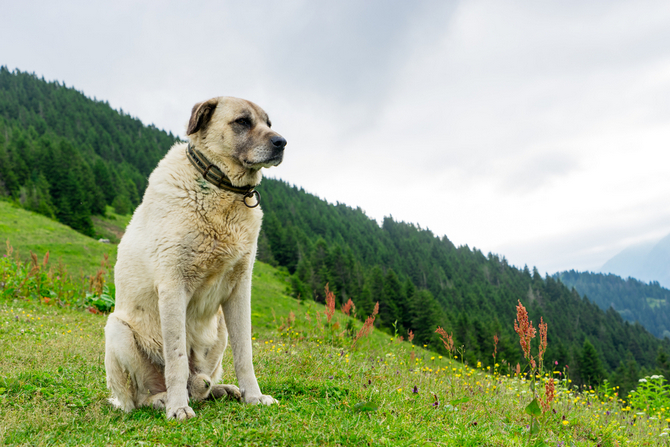 The Kangal is a livestock guardian dog, they are large in size. Kangals originated from Turkey. They were used as guarding dogs to protect the flock of sheep from predators like wolves, jackals and bears. With this protective guarding instinct, they are very powerful and strong. But when it comes to their temperament towards people, they are very gentle, calm and loyal towards their owner. They are very protective and gentle with little kids; they understand them and keep their calm while playing with little kids. They are a very well socialized and intelligent breed of dog.

St. Bernards are working dogs originally from Northern Italy and the Swiss Alps. They were bred to work as a rescue dog. The St. Bernard is a very large breed of dogs. They are enormous in size, the tales of their rescue missions in Alps are widely known and this is one of the reasons why they are famous. They are well known for their calmness. They have a friendly nature and are very patient when they are playing with children. St. Bernards are very large and the only threat to small children is being knocked over due to its large size. They are fearful and powerful. They are trained for rescue missions in the Alps and it is because they are one of the strongest dog breeds in the world. They get socialized easily and they are very loyal. 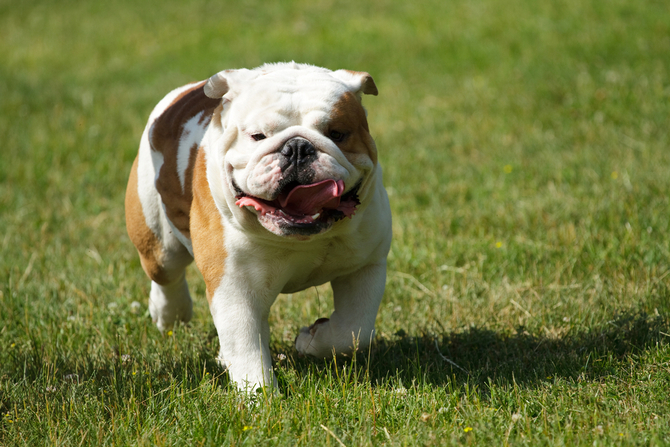 Bull Dogs are a medium size dog breed which is very popular in England, they are also known as English Bulldogs or British Bull Dogs. They have wrinkled faces but a very muscular body; they are heavy as per their size. A Bull Dog is one of the few breeds whose tail is naturally short. You should never judge a Bull Dog on its size, they have more power than it looks like. Back in the old days they were bred to chase and fight with bulls, the sport was named “Baiting”. Till now they still have the same courage in them. But Bull Dogs are calm and loyal. They can get aggressive, but it can be reduced if trained properly. They are great with children, their temperament is very gentle with kids, they developed a strong bond with kids, and this is the reason why they are a family dog. 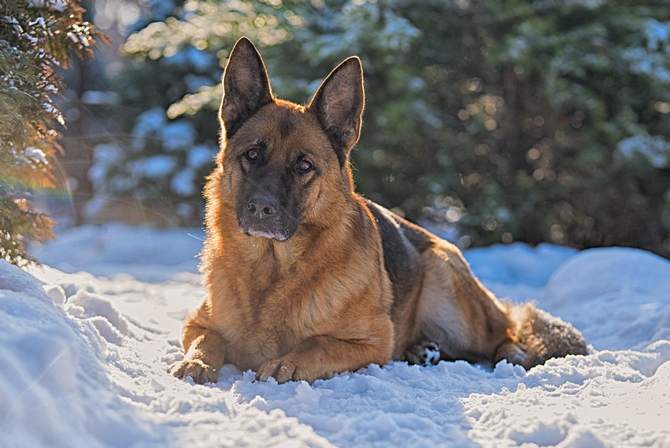 German Shepherd is a medium size working dog that originated in Germany, where they are known as Deutscher Schäferhund. Originally, they were bred to herd sheep. However, in later years they were used in many different professions. German Shepherds are very strong and powerful. They have great intelligence and strength. They are easy to train, and they learn quickly.These are the factors that explain why they are currently used in police squads and in various military roles. German Shepherds are the second most popular dog breed in the United States of America. They are very intelligent and learn things very fast, they also respond to commands quickly, they obey the first command given 95% of the time. A well-trained German Shepherd is very calm and obedient but if not trained well, the German Shepherd can be aggressive. If not socialize properly than they can be over protective to their territory and can become aggressive.

Siberian Husky is a dense coat, medium sized dog breed that belongs to the Spitz family. They were initially used as sled dogs; they are powerful and are used to living in extremely cold conditions. They can pull heavy loads through extreme conditions in the environment of Siberia. They live in one of the toughest weather conditions and it makes them strong and brave. They are very intelligent and gentle by nature until they see any danger. Giving proper training to a Siberian Husky will result in it being calm and less aggressive. They are highly energetic and need daily training and exercise. They are very patient and gentle with kids. Siberian Huskies are used by “Chukchi People” to look after their kids. 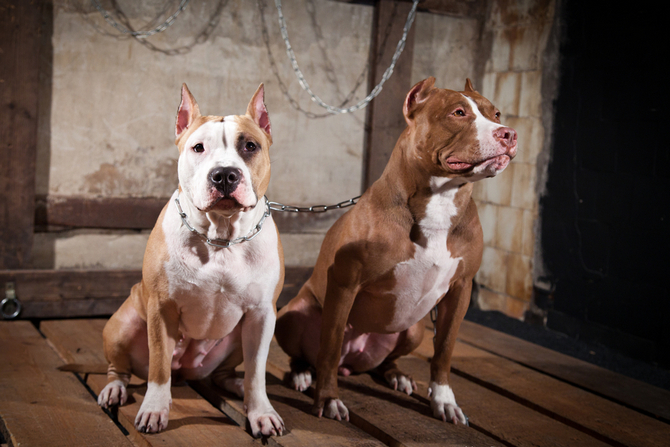 American Pit Bull Terrier is a short-haired, medium sized dog. They have great muscles and an athletic body. Pitbulls were bred for fighting. Their muscled body makes them a perfect fighter. They are agile, fast and strong. Pitbulls are infamous for their aggressive nature, but in reality, their temperament is not bad. They are very gentle and loyal dogs. With proper training they will be able to socialize with other people easily. American Pit Bulls are very comfortable with dogs and they keep their patience while playing with little kids. Some people think of an American Pit Bull as a bad and dangerous dog, but it is not true, they are amazing dogs just like many others. If properly trained they will be obedient and gentle. They are a misunderstood breed of dog. 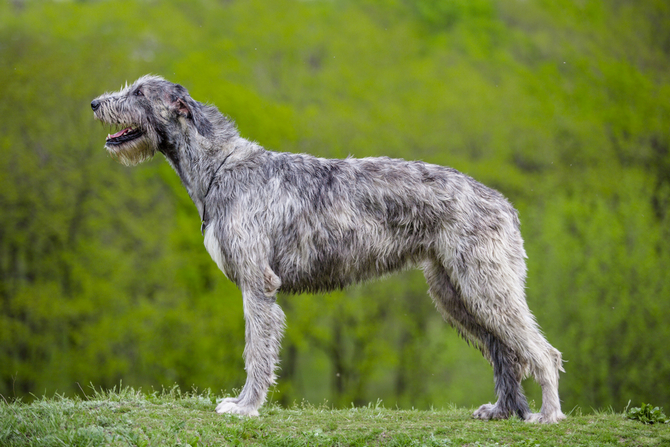 Irish Wolfhound is a very large breed of dog which originated from Ireland. They were bred to hound and guard, as their name suggests “Wolf Hunting with dogs”. They are one of the tallest dog breeds in the world and they can appear extremely intimidating by their size and looks. They are one of the oldest dogs living with humans. They are huge with their weight and height. Irish Wolfhounds are very loyal to their owner and sometimes they might show some protective instinct against strangers. They need proper training. Irish Wolfhound are very intelligent dogs, they are the reserve in nature. They are also gentle with children, but they should be trained first. They are also very trainable. They are strong and calm. A historic motto has described their nature very well as “gentle when stroked, fierce when provoked”. This is why they are also considered as a Strongest Dog in the world.