Squirrel as a Pet: Are Squirrels Pet Material?

Squirrels are fairly common in many places, for some, a quick trip to the backyard is enough to see this exotic animal. But are squirrels really “exotic” animals when you see them in your backyard almost every day? With how adorable they are, many have taken upon the task to raise a baby squirrel when they find an injured one. Despite this, is it a viable idea to have a squirrel as a pet? Can they be domesticated?

Here at Pet Comments we’ll share with you some squirrel facts that can help you decide whether or not is a good idea to keep a squirrel as a pet. 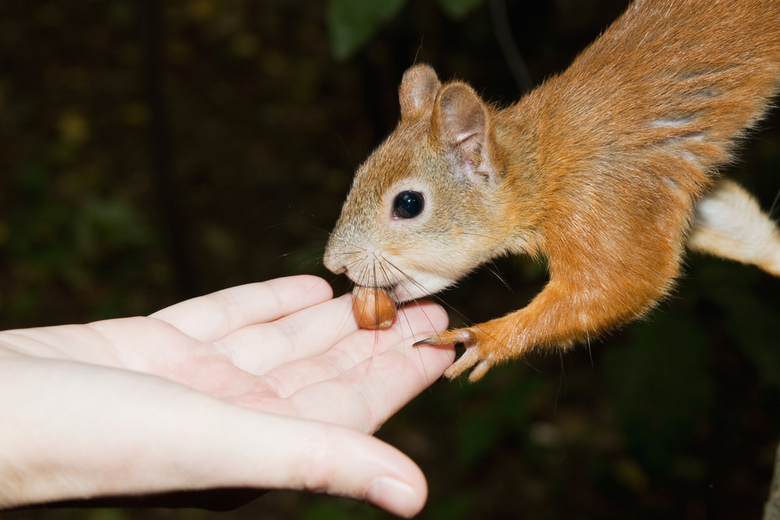 Squirrels come from the Sciuridae, a rodent family. Chipmunks, marmots, tree and ground squirrels are also from this family. These fluffy guys’ lifespan can change dramatically for different reasons, from natural predators to diseases and so on. Squirrels can live from 5 to 10 years in the wild, depending on different factors; some kept in captivity are known to reach the awesome mark of 15 years.

Small and fluffy! Squirrels’ size varies from one species to another. The African pygmy squirrel is the smallest of the family with being only 2.8 to 3.9 inches long and weighing only 0.35 ounces. The Indian giant squirrel, the largest one of its kind, can grow to 36 inches long and weighs up to 4 pounds. The Gray squirrels, which are the most common in North America, grow up to 15 to 20 inches long and are characteristically about 1.5 pounds.

Typically, they have slender bodies with bushy tails; their fur is soft and silky. How thick their fur is depends on the species and the color also varies, even within a species. The back limbs are longer than the front limbs, and they usually have four or five toes on each paw together with strong claws. A particularity squirrels have is that they can rotate their ankles 180 degrees allowing them to descend a tree head-first.

Wild squirrels have their own social rules. Ground squirrels live in well-organized colonies while the tree-dwelling squirrels are more like the solitary type. With the exception of flying squirrels, these little firecrackers can be diurnal or crepuscular and are less active during winter but don’t hibernate.

Squirrels are territorial; this is an absolute truth that cannot be changed. Whether in the wild or in captivity, squirrels are very vocal over their space. Particularly during mating season, squirrels become highly territorial and can be aggressive even with their caregiver.

For people who own squirrels, it is amazing and funny to see the little wonders just go and hide their food pretty much anywhere. Well, they don’t just hide their nuts anywhere, according to a study in the journal “Royal Society Open Science”. Squirrels organize their nuts more carefully than we think!

Nuts need to be organized by quality, variety, and preference; this is called by the experts as “chunking”.

Squirrels are nervous things that move way too fast all over the place, but there is a logical reason for that! When feeling threatened, a squirrel may run around the threatening object or run side to side in order to elude the potential predator.

They Are Curious Creatures

Squirrels love oddities, in this sense, they are pretty much like pups but worse since they can climb their way everywhere. A reporter managed to see how smart squirrels are by disguising a camera with food, the squirrel eventually lost interest in the “food” but not without sharing a bit of the of the animal’s point of view. 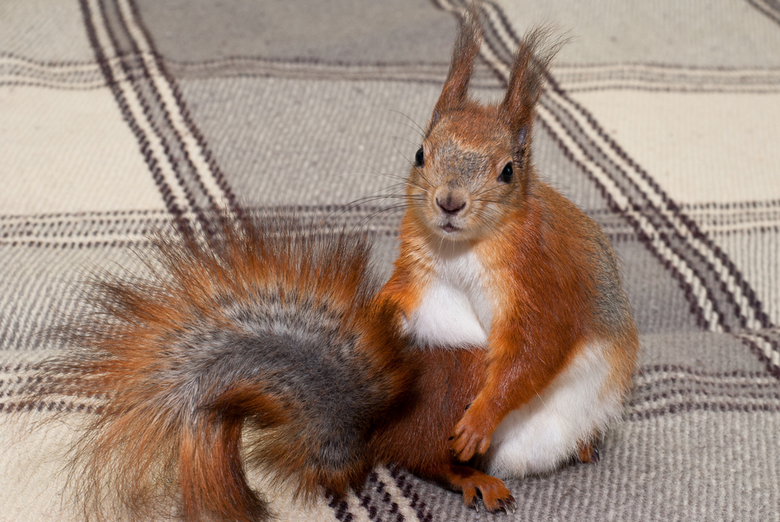 Squirrels’ front teeth constantly grow throughout their lives. In the wild, they can solve this issue by chewing many things, but in captivity, you need to provide something appropriate for them to chew.

Like any other animal, squirrels need a balanced diet as similar as possible to the diet they would have in the wild. A balanced diet will contain protein, fat, vitamins, minerals and calcium. Feed them high calcium vegetables, healthy veggies, wild food (like the type you see wild squirrels eat in their area), animal protein, fruit, and seeds or nuts. Definitely avoid packaged “squirrel food”, starchy foods, sugary foods, junk food, and legumes. Baby squirrels, in particular, need a special formula made for them; regular milk doesn’t fill their nutritional needs at all.

What is the easiest way to make a squirrel go nuts? Keep it locked up all the time. Squirrels are lively and energetic animals; they need time to run, play and roam free. Natural sunlight is also essential to obtain vitamin D and keep your squirrel healthy! 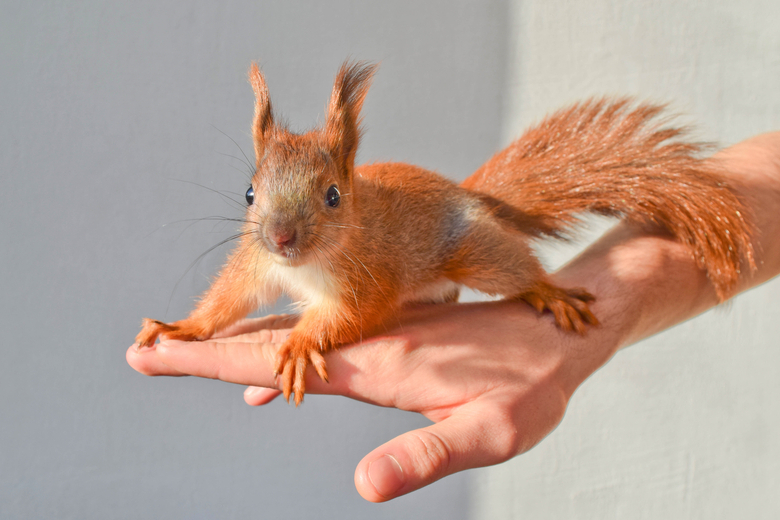 But first! Where can you actually have a squirrel as a pet? Is it legal in your country or state? Squirrels are considered to be an exotic animal in many US states and as game animals in others. Therefore, we encourage you to research the legality of having a squirrel as a pet in your home. Of course, there are exceptions, like finding an abandoned baby squirrel or an injured squirrel. In these cases, many states allow a legal permit as long as it is for rehabilitation.

Like the holy book says: The truth will set you free! As adorable as they are, pet squirrels are definitely not for everyone. The major reason is that simply they are not domestic animals. According to the National Wildlife Rehabilitation Association, captive squirrels are constantly looking for a way out and that behavior can’t be changed. Of course, like in many cases, there are exceptions to the rule where squirrels that grow up in captivity just refuse to go into the wild. Still, these are only exceptions. To help you make a decision let us put it to the test with this chart*:

Pros of having a squirrel pet

Cons of having a squirrel pet

*A thing to have in mind is that some species are more social than others, for example, the Flying squirrel can bond with their keepers and is friendly with strangers while the Gray squirrel will only bond (if they do) with one person alone.