Birds of ill omen and messengers of death. The crows are of those animals often misunderstood by people because of the bad reputation generated by the world of entertainment, so it is not uncommon to see them in terror and mystery movies. But animal lovers, and particularly bird lovers, are interested in something else. Can ravens be used as pets? Here at PetComments we'll tell you why it's not totally crazy to have a raven as a pet and what details you should take into consideration before venturing out to become the fabulous and eccentric owner of a raven.

They are the largest of the Corvidae family

The common raven (Corvus corax) belongs to the family of the Corvidae (Corvidae), a family that includes birds such as magpies, and nutcrackers, among others. Of all of them, the crow is the largest. There are known specimens that have reached 70 cm in length and 1.7 kg in weight.

Ravens almost always live in pairs, even in winter. If two couples happen to meet, they fly together for a while. One eye-catching thing that ravens do when they reach what would be adolescence for them is to form little groups with other crows of their age. A very human behavior but one that has been observed in ravens.

Crows are very territorial and jealous of their space. If they are accustomed to a particular space such as their cage, garden or even inside the house, they are not welcome to the idea of an intruder, be it a person or an animal. Also, they don’t like to share you either.

Ravens are omnivorous and opportunistic, their diet varies according to place, season and what they encounter by chance. Since they can eat both meat and vegetation, they are very flexible, and not picky at all. This is a huge advantage for the raven and for you if you decide to take a raven as a pet, however, is advised to give them food they would usually eat in their habitats like bugs, cereals, and some fruit.

Similar to parrots, ravens can imitate any sound and remember many words, life with a raven can’t be boring when you can teach them new words or “speak with them”. 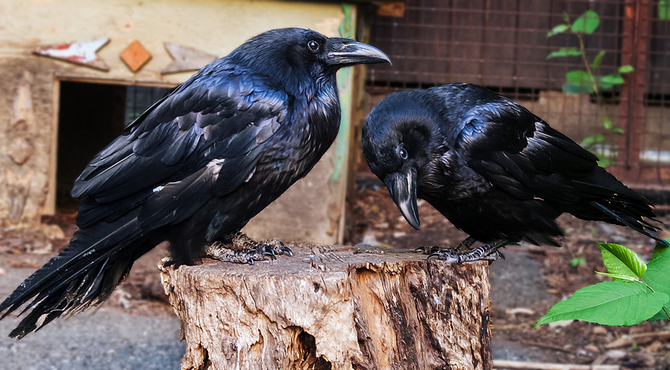 Ravens are birds that live a considerable time. In their habitat, a raven can live up to 21 years, but if they receive proper care and attention in captivity they can live twice as long.

Ravens can be docile

The nature of the raven is wild, yes, this is true. In fact, it is not a good idea to try to domesticate an adult crow and take it from its habitat, they can get quite violent. But on the contrary, ravens that are bred in captivity since they are born, receiving attention and affection from people, can be surprisingly docile and bond with their caregiver. Some species are more docile than others, although one should not expect a raven to have a too playful and familiar behavior, but they will not attack their owners.

Life with a raven can be messy

We have already mentioned that ravens are exceptionally intelligent and curious animals. Precisely for this reason, it can be disastrous to have them at home. A curious raven on the loose at home will find out what's in every cup, container or shoe and will not rest until he pieces up any breadcrumbs he sees. Besides, you may never find your car keys, some pieces of your jewelry or basically anything the raven decides deserves her attention and hides it from your eyes. 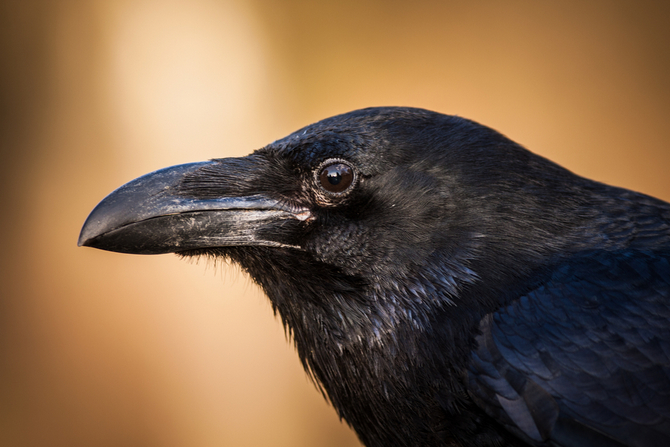 Can Ravens be pets?

It depends, ravens are wild in nature, but a raven domesticated since birth can be a great companion. So, if you want to have a pet raven, ideally you should get one when it’s a baby’.

Is a pet raven dangerous?

No, when the raven has been domesticated since its birth it forms a very close bond with his owner and they are not violent animals, unless they feel themselves or their territory is being threatened.

Ravens are incredibly smart; they are among the most intelligent birds that exist. Their brain is one of the largest, so it is a very curious bird and surprisingly analytical. Experiments have been done that tested the intelligence of an adult raven and these fabulous animals have proven to be as smart as a seven-year-old child. These birds even have the capacity to recognize human faces so that, when raised in captivity, they can recognize their caregivers or household members.

What is the difference between Crow and Raven?

Ravens are way larger than crows with a four-foot wingspan and a 25 inch height, while a crow's height is about 18 inches. Ravens also differ in tail and feather shape. A notable difference is the manner in which each bird flies. Ravens can be seen soaring and gliding in the sky and showing off aerial acrobatics while crows will never be seen doing dives and somersault in the air, but ravens love to do it.

What kind of food can I give to a baby raven?

According to the caretakers of a certain Raven Aviary, a young raven can be fed:

A key that we must always remember is to maintain the variety; these birds love the variety in their food.

What kind of water can I give to a baby raven?

Natural clear water, and if the raven is too young, it can be given with a water injector until it learns to drink alone.

Can I have a raven as a pet if I keep it in a cage?

Is best if you don’t, ravens need to exercise their wings, when the bird grows in captivity, even if you let it fly free through the sky it will come back to you, and it will be very happy to spread its wings. An important thing to consider is that caged birds are not happy. The better and gentler thing to do is to build an outdoor aviary if you can help it. Or don’t have a raven.

When or how should I wash my raven pet?

The wonder of birds is that they groom themselves and bathe themselves. But they don't do it when they're chicks. As soon as the young raven walks and has strength in its legs, you must place a container wide enough but not so deep for the raven to cleanse itself and change the water every day. 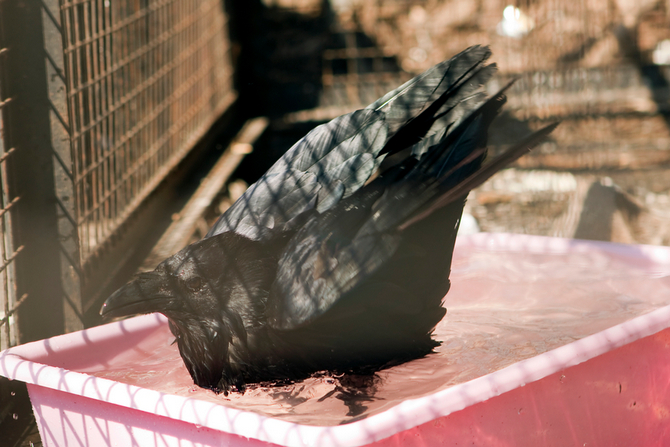 Can I have a raven as a pet if I have children?

Children are naturally curious and sometimes fearless towards animals. Because they find them cute they just want to touch them and play with them often. But, a raven is not a Golden Retriever, they can get close to their owners but they are territorial about their space, and they have a sharp beak that doesn't invite much familiarity. If you have children, owning a raven may not be the best option for you.

Like any other bird, ravens have their own needs, if you are thinking in owning one, is a good idea to go to a shelter, sanctuary or aviary, a place where you can learn more about the joys and perks of owning a raven and particularly how to take care of the bird.

Ravens have a long lifespan compared to dogs or cats (the most popular choices as pets). Therefore, if you truly wish to have a majestic raven as a pet, compromise to take care of it. Many have already adventured to have a raven as a pet, they are loyal companions and as any pet, they love you if you love them back.