Miriam's energy thrives around animals. She enjoys reading and writing about animals. There is no easy way of winning her heart than showing her an animal first because she has more animal friends than human friends. Read more

Some people think of rats as annoying pests that can accomplish no good. One of the reasons for this kind of reaction is due to the unclear differences between the pet rat (also known as the fancy rat) and the wild rat. Owing to the lack of clear distinction between native and pet rats is the fact that all rats whether fancy or wild, originated from the Norwegian brown rat also referred to as Rattus Norvegicus. With similar body structures and eating habits, it becomes problematic to differentiate between these two kinds of rats. Despite their similarities, the wild rat differs from the pet rat regarding visual features and behavioral traits, especially when around people.

This post covers the differences between the wild rat and the fancy rat that you need to know. 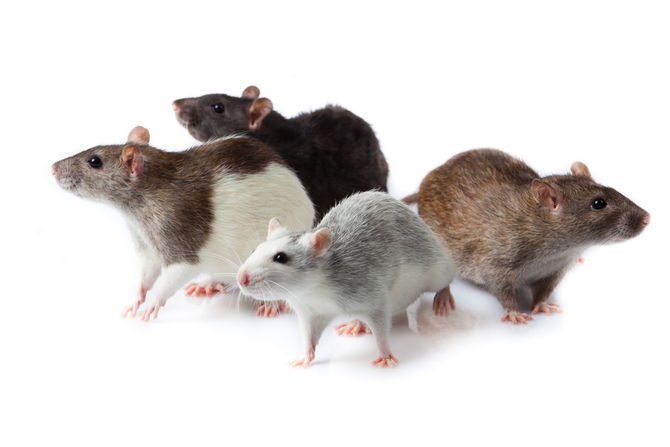 Jimmy Shaw and Jack Black were the pioneers of the fancy rats. In 1901, Mary Douglas formalized the petting of rats which stopped in 1921 following her death. However, the National Fancy Rat Society of the UK restarted the petting of rats in 1976. The Rat society saw the wake of the generation of pet rats which came all the way to the present times. Rats from breeders or stores are not captured from the wild, but they come from domesticated rats that can be traced back to the 19th century. Therefore, fancy rats are domesticated while their wild counterparts live in the wild.

These two types of rats have different lifespans due to the differences in the environments in which they thrive. Wild rats are believed to have a lifespan of less than a year due to exposure to unfriendly elements in their habitats. On the other hand, pet rats have longer lifespans as opposed to their wild counterparts. Due to the care they receive from their human guardians, pet rats can live longer; from two to four years. 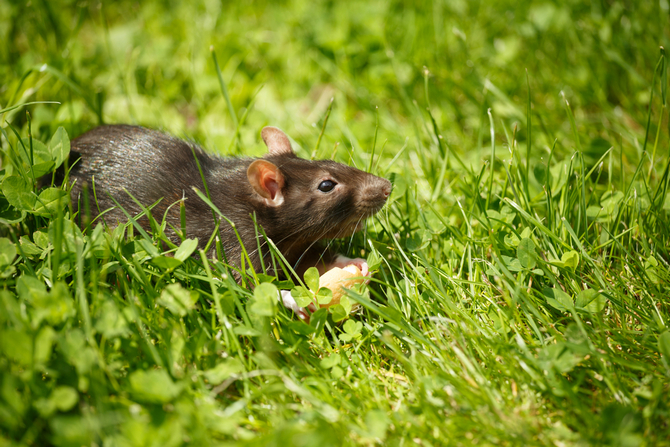 By nature, rats grow to achieve a length of between 11 and 12 inches. Most wild rats measure 9 to 10 inches since they fail to develop to their full potential because of their harsh habitat. Wild rats are also lean because they do not feed as much in the wild. Their bodies are also streamlined to help them survive. Overall, wild rats are smaller except when they puff up their fur to appear larger when in danger. On the other hand, pet rats grow to their full potential. They are also more grown than their wild counterparts due to more feeding and limited exercise. Also, they are not streamlined like their wild counterparts.

Wild rats’ ears are always alert; hence, they appear rigid. The rat will move its ears in several directions; sideways, diagonally, forward then sideways once more, and at a very high pace. Being alert helps the rat to assess the surrounding in case of any danger. The eyes will appear well-rounded and looking far into space if the rat is relaxed. Pet rats on the other end, have ears that are not rigid. Some pet rats have rounded ears to the sides of their heads. Their eyelids appear more relaxed especially if the rat is not nervous.

Wild rats mostly bear the same color. The most common colors are brown and black for the wild rats. Brown rats have light brown or white fur on their bellies. On the other hand, the coats of fancy rats bear a variety of colors. The most common color is brown among other colors like tan, gray, beige and black. They also feature different color patterns like spotted, stripped, Siamese and hooded. The colors of pet rats vary because of cross-breeding over the years. The pink-eyed white rat is one of the most fancied rats since the 19th century. 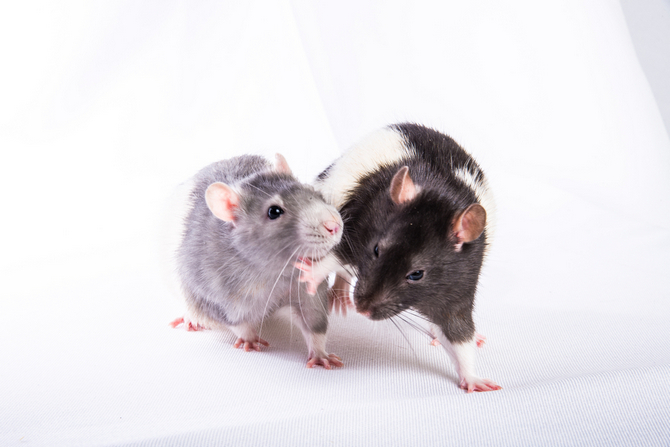 Wild rats have a tendency to puff their fur in order to appear bigger to their predators when they sense danger. Pet rats, on the other hand, will not exhibit puffed fur although some may show wavy fur when scared or cold.

Wild rats are always moving. Therefore, they will appear to be standing on their fours with their backs arched partially ready to leap forward. Under fearful situations, they will be flipping their tails ready to strike if they get cornered. However, pet rats seem to be relaxed with little motion.

Wild rats are anti-social. They tend to run away from humans when they spot them, and will only stick around if there is food. They are unfriendly and will get defensive if they get cornered and in extreme cases, will bite. Even with their fellow rats, they will only come together when mating. On the other hand, fancy rats have few adrenal glands; hence calmer and friendly towards people and other domestic rats. Albeit being friendly, domesticated rats may also bite if threatened.

When these rats are taken out of their typical environment, they will react differently. If wild rats are captured and confined, they will respond frantically due to exposure to sharp lights and limited hiding places. Under such circumstances, most wild rats will die prematurely while the survivors will be stressed to the extent of reproductive impairment. If they will manage to mate, they will initially produce few litters which will normalize down successive generations. On the other hand, pet rats struggle to survive in the wild because they lack the skills and behaviors necessary for survival in the wild.

All rats whether fancy or wild are capable of carrying diseases. Wild rats carry diseases, and they always have a higher risk of spreading the disease. While pet rats are vulnerable to bringing the same diseases, their rates of risk are meager. Besides, pet rats are very clean animals and if properly taken care of, will not carry disease. Another precaution that can be taken to keep pet rats safe is to prevent any contact with wild rats. If you see a wild rat around your house, take a step to have it eliminated as soon as possible.

Being able to differentiate pet rats from wild rats will help you and those around you to stay safe. Fancy rats make excellent pets to keep. They are cleaner and have a low risk of disease. They are friendly, and they are intelligent. Also, they are healthier and live longer compared to their wild counterparts. Ultimately, the main difference between the two kinds of rats is where they are brought up. Wild rats grow in the wild while pet rats are brought up at home under the care of their human guardians.