Otters have become oddly popular as pets in recent years and social media is flooded with their cute and alluring photographs. There are a variety of wild and exotic animals that people are keeping as pets such as wild cats, foxes, raccoons dogs, penguins, panda bears, and even dragons. Otters are one of them. 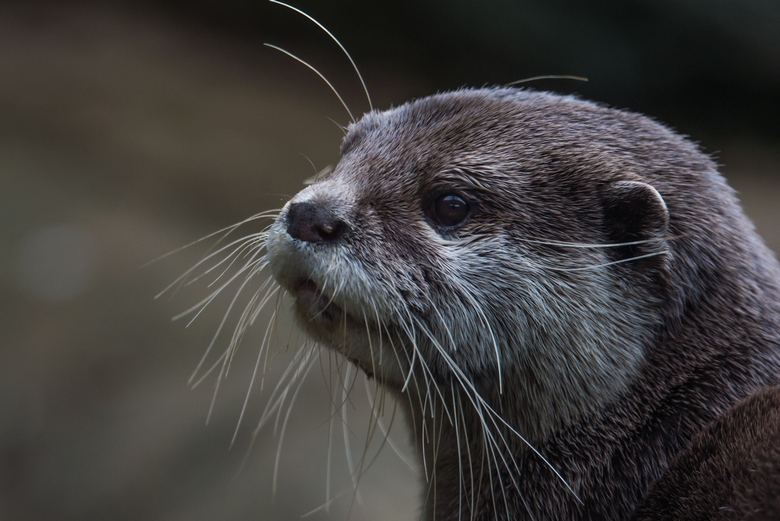 Otters are very cute and their adorability makes them as popular as pets, but they are also very curious and destroy everything they get their paws on. So, one should be very careful when keeping an otter as a pet. Here is a complete guide for you, if you are planning to keep a cute otter as your pet.

Otters belong to the mustelids family and there are approximately 13 different types of species of otters found globally. They are an endangered species due to their natural habitat's destruction and widespread hunting. Otters belong to the same family as weasels and badgers.

Otters have a slim and long body with short legs and a lengthy and strong tail. They feed on fish, frogs, amphibians, small mammals like rabbits, and a certain selection of water birds. Their body is densely covered with fur to protect them against the cold water in which they live. Sea Otters are the largest while the Asian Small-clawed Otter is the tiniest species of all.

Taming otters can be a difficult task because they are very clever and are basically wild animals. They cannot be easily domesticated as they are natural predators. Otters are very good swimmers and can cover a distance of 1 meter per second. They use their feet, hind end, and their tail together for strong and fast swimming. They can travel great distances but like to stay in the vicinity of their home.

The types of otters found in an area and the laws for their protection varies from country to country. Even the laws and regulations protecting otters varies from state to state in the USA. In the UK, the otters are protected completely under the Wildlife and Countryside Act 1981. 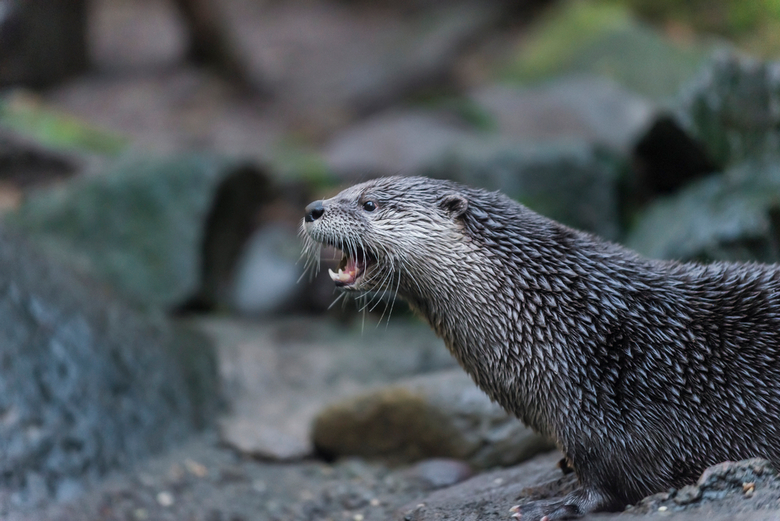 This otter is known as the common otter and its scientific name is Lontara Canadensis. They are known for their sense of play and create their homes close to a body of water. These varieties are usually located near to lakes and other water bodies in Canada and the US. They can stay underwater up to 8 minutes and have lush fur to regulate its body temperature.

As the name suggests, the European otters used to inhabit Europe completely and some parts of Asia but have faced severe reduction and their conservation status is listed as “Near Threatened”. European otters are solitary animals, unlike the other species and playing is not part of their nature. 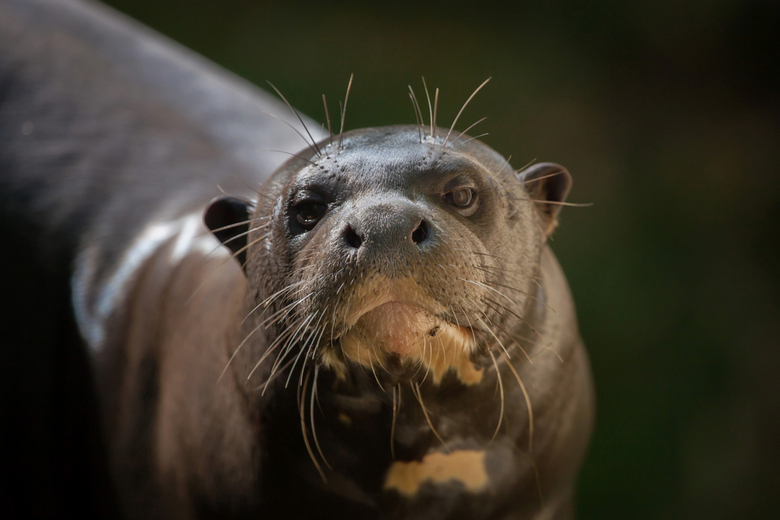 Giant otters are usually the longest but they are not the largest as their name suggests. They are attacked by humans and have reached the stage of extinction in some parts of the world. 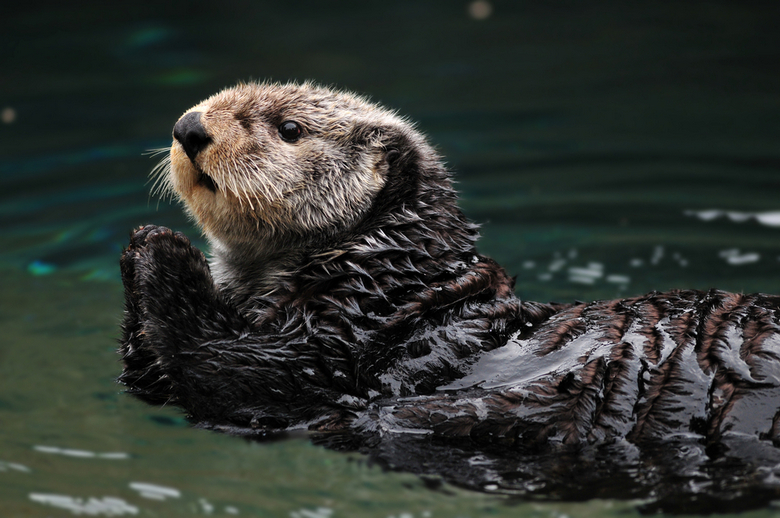 Sea Otter is the largest and the heaviest otters of all. It has abundant fur all over its body for protection against the cold sea. They can walk on land like others but only use it for hunting near the shoreline. 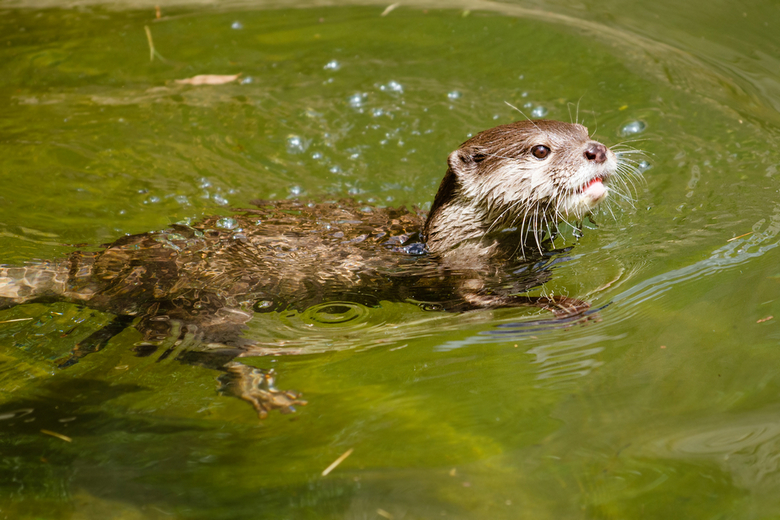 Asian small-clawed otters get its name from its webbed paws and their small size. They are the smallest of all otters and these are the only species which can be kept as pets. The Asian Small-clawed Otter live in mangroves, swamps, and freshwater wetlands in Southern Asia and declared as a threatened species by IUCN. Their primary feed is invertebrates and frogs in the wild and they are the smallest of all the species of otters found around the world.

Living with a Pet Otter

There are many effects which you should be aware of before getting a pet otter.

The otters emit an odour and that is the reason they are kept outdoors. They also mark their territory by smearing their scent; which is known as sprinting. They also litter their droppings which also emits a foul odour due to a high fish diet. Otters put down their spraint to mark their territory and for communicating their home range to other otters. They are basically signals for the use of resources and preventing any competition from their peers. The spraints of otters are their faeces.

Otters are high on energy and do not like to be restrained or restricted. They like large spaces and also like attention, but they are not domesticated easily. They do not like to physically interact but like to play and have a personable, entertaining personality.

They also have sharp teeth and can turn aggressive if annoyed. They can be dangerous especially if not under supervision near children. Hygiene issues should also be considered before keeping an otter as a pet.

Side-effects of Keeping Otters as Pets

As cute and adorable as they are, otters may not be the best pets. Some of the main reasons are given below:

Otters primarily live in water and are considered semi-aquatic animals. Otters are carnivorous predatory animals and they hunt small fish, frogs, ducks, and water birds for their food requirement. They spend a lot of their time in the water as they need to drink loads of water for their fast metabolism. They have a high energy level which is worn off while hunting.

As pets, they are fed already dead meat which does not help in relieving their high energy used for hunting and they become bored very easily. So, you need a large water body near your home if you wish to keep otters as pets and also give them living animals to eat to satisfy their hunting nature.

Otters live in colonies and family groups. They do not like to be kept alone and need the love and companionship of their family. So, if you are planning to keep an otter as a pet, you should ensure that they are never alone.

Otters are cute but don’t go on their adorable faces as they are very destructive. All the things in your home can be destroyed by otters as they are predatory animals and also very clever. They like to dig and find their way out of every nook and cranny.

They destroy everything they get their paws on so if you are thinking of leaving your otter alone in a room, be sure that it will be a disaster when you return.

It is very difficult to potty train otters and they litter a lot during the day due to their fast metabolism. So, if you keep an otter as a pet, be ready to clean the potty of your otter several times during the days from different parts of your home.

If you are teaching them the difference between right and wrong; like not destroying things, littering in their litter box etc. then they do the negative things just to get your attention like break things, climb on your furniture and go potty outside the litter box. Otters are very clever, and they can outsmart you easily.

Otters are also very territorial and do not like any intruders in their space and near their family. So, when you have a pet otter, you should be extra careful when you are having visitors as there are high chances of your friends and family getting bitten by your otter.

The Natural Habitat of Otters

Otters are semi-aquatic animals and need both land and water to survive. They create their dens by making burrows in the land near water bodies. They also need trees, roots, and branches to scavenge and need large spaces to live in as they are naturally wild animals. They also love to dig and forage, so their terrain should be enriched with all these elements if you are planning to keep an otter as a pet.

Caring for Your Pet Otter

It is essential to take care of your otter properly otherwise the chances of morality are very high. Here are some of the main points which should be kept in mind while having a pet otter.

The cage of the otter needs to be outdoors as otters are wild animals and need open spaces to live. They also need to be caged if kept inside, as they will certainly destroy your complete home with their level of energy and cleverness.

The cage should be large enough (approximately 60 sq. meters) for your otter to have sufficient space to live, dig, forage, and make deep borrows. The cage should also have a water body which should be kept clean. The temperature should also be maintained of both the water and the cage to ensure the well-being of the otter.

Their cages should also have a terrain with bushes, branches, trees, burrowed logs and roots as they like to scavenge and dig. Their cage should have a minimum of 30% water area and the rest should be land as they need to dry themselves. The fencing of the cage has to be secure and leading with a horizontal ledge on the top so that your otters do not climb up the fence and escape from the cage.

It is also important to feed your otter correctly and according to his natural needs. They are predators which feed on invertebrates and small mammals in the wild but in bondage, their diet varies. They require a minimum of 20% of their body weight per day. Their diet should be meat- based as otters are carnivorous animals and can contain other supplements like rabbits, chickens, chicks, etc. Their diet should primarily contain fish.

Breeding in otters is not seasonal and they can breed throughout the year. The gestation period is about 63 days and the newborns are born in the roots of the tree, borrows or a hollow log. The baby otter reaches maturity after 2 years and can start breeding after attaining maturity. The mother rears the young offspring until the young one becomes one year old. The baby otter starts swimming at 3 months easily. 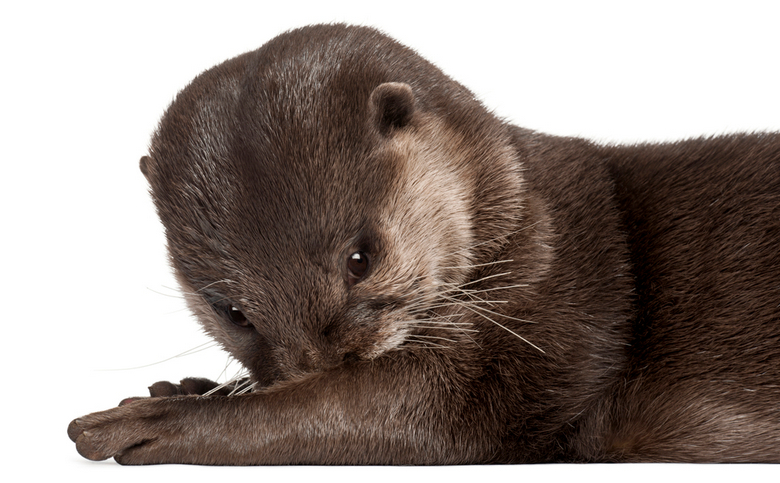 Is it Legal to Keep Otters as Pets?

There is not a single direct answer to this question as there are many laws regarding the keeping of wild animals as pets in the USA. Since the jurisdiction and laws of every area differ, it is difficult to ascertain where it is legal to keep an otter as a pet. Sea otters are illegal due to the Marine Mammal Protection Act but Asian otters do not come under this act because they are not marine animals.

Some of the statesin the US where an otter is legal are Missouri, North Carolina, Florida, Michigan, Nevada, Nebraska and North Dakota. This is not a comprehensive and exhaustive list and laws can be changed. So, before keeping a pet otter, it is recommended to cross-check with the authorities and get any permit needed to keep the otter as a pet.