Opossum as a Pet: Is It Too Exotic?

This tiny animal is considered to be a pest animal in many parts of the world, others can’t help but find their appearance and demeanor in general cute. Now to see opossums coming and going in your backyard is a thing and having them living with you in your home as a pet companion a completely different one. Can you really have an opossum as a pet? Is that even legal? Here at Pet Comments, we will enlighten you about this subject. 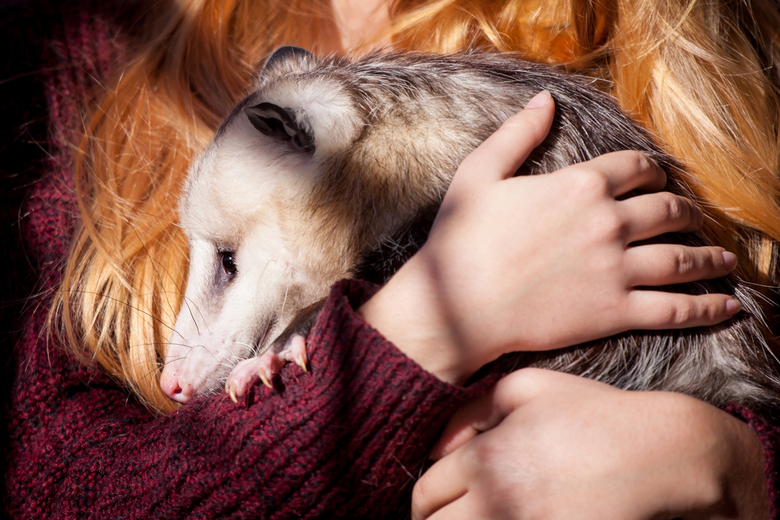 Well, first thing first. This article will be about the North American opossum, not the Australian Possum. While plenty of people say possum meaning opossum, it’s important to know these are two very different animals. That said. Let’s begin!

Their size varies depending on their location, North American Opossums are usually bigger than the ones found in the tropics. In general, opossums can be from 13 to 37 inches long and weight from 11 ounces to 14 lb. with males being heavier than females.

Opossums have sharp teeth similar to a cat, hairless ears and a long flat nose. Their coat is coarse of a grayish brown color but on the head, their face is of a white color. But the most notable feature without a doubt is their hairless tail giving them a rat-like appearance which it’s also prehensile, helpful when it comes to climbing and picking small objects! 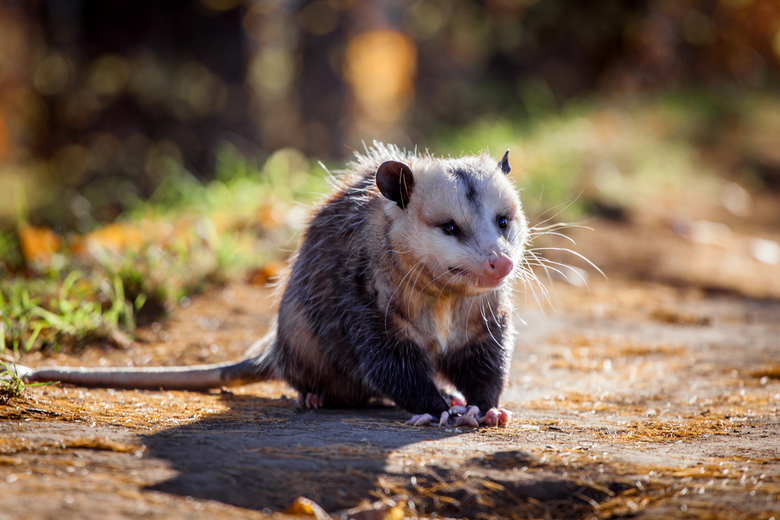 Opossums have an extremely particular behavior that gives birth to the phrase “playing possum” this is faking their death. It seems that this is a completely involuntary action provoked by intense fear. The opossum will lie down on its side with the mouth open and the tongue out, emitting a putrid odor from the anus. When they do “play possum” they enter a near coma state that can last for six hours. They don’t always “play possum” went they feel threatened. A scared opossum will hiss, screech and show its teeth aggressively.

Like any other animal, Opossums need specialized medical attention. For one, they don’t live as long as other pets and certainly not as healthy. Opossums that live longer than a year suffers from cataracts tend to be obese and lack coordination, in essence, the age way to fast.

Other health concerns include genital and urinary infections, poor immune systems and bacterial illnesses. A major worry for the caretaker is the opossum’s diet and exercise. An unappropriated diet can provoke grave issues for opossum health like Metabolic Bone Disease (MBD) which is potentially fatal and expensive to treat. Symptoms include bone deformities, fragile bones, and swollen joints. Thankfully all of this is preventable with on-point vet visits and good care at home.

Opossums are omnivorous and tremendously opportunistic in the wild. Their diet includes fruit, insects, grass and plants, small animals like mice and rats. Replicate the variety of their diet in captivity is a real challenge, yet the nutritional aspects of their diet must be met or it can terrible affect their health.

Is it legal to own an Opossum in North America? 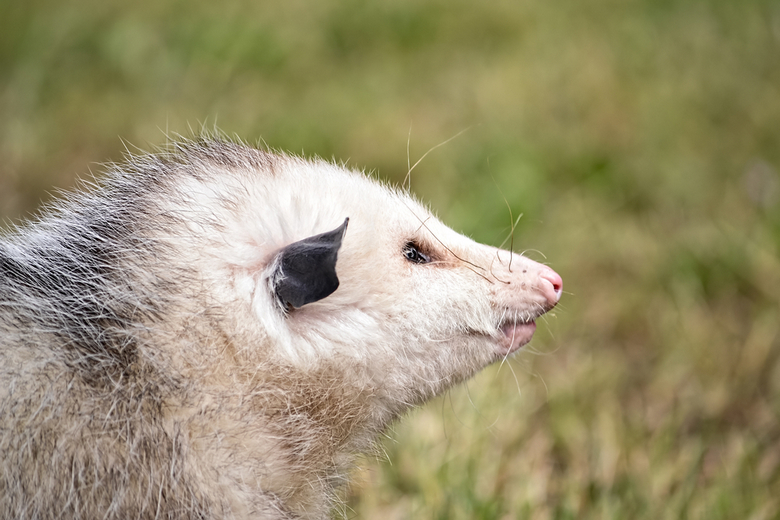 Many find themselves nursing an injured or taking care of an orphaned baby opossum at home. However, if this is your situation we encourage you to find a local wildlife rehabilitator since they need good care for their very specific needs.

Do they make Good Pets?

To begin with, opossums are high maintenance, very high maintenance to have. If their nutritional needs are not meet they are prone to dangerous and expensive to treat diseases. Consequently, if you are absolutely decided to get wildlife rehabilitators licensed and own an opossum. Have in mind you must be very attentive to your opossum diet.

To find a vet that knows how to treat opossums its major concern too. The reason is that not many know how to and opossums are prone to different diseases. Besides them being frankly expensive to keep, they are wild animals, they are meant to be in the wild. There are cases where opossums are docile enough to take care of and keep as a pet but these are rare cases. Opossums can be aggressive and need plenty of exercise to stay healthy. A good keeper must provide all of this.

Differences between the North American Opossum and the Australian Possum

Is common to hear people call “possum” the North America opossum, a local person may pass it as something normal, but, an Australian native will stare at the name. The reason is that these two fellas are completely different animals. They are both marsupials but of a different order, opossums are didelphimorphia while possums are phalangeridae.

Their appearance is also different; for once the Australian possum’s tail is covered in fur. Possums can be gray or silver gray, likewise, their ears are bigger than those of the North American opossum with a softer coat than the opossum coat. 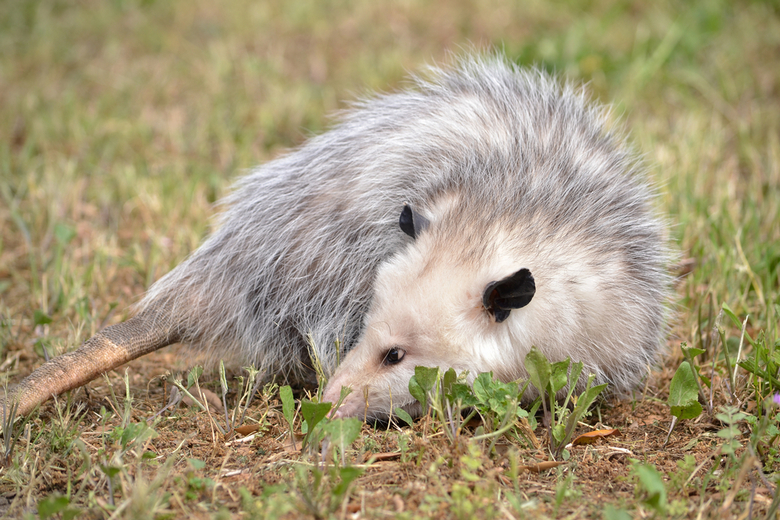 To “play possum” is a defensive system opossum do while Australian possums don’t have this behavior.

They don’t have Rabies!

Is not uncommon to worry about rabies with animals but, opossums happen to be the exception to the rule. Its believed to be due to opossum’s low body temperature. With such a low temperature, the virus cannot survive.

Their Meat is Commercialized in Many Places

Especially in Center and South America. Their meat has a low percentage of fat making it very clean meat. It also has a low protein percentage, lower than pig and bovine meat. So it has to be seasoned with vegetable proteins.

Opossums in Your Yard can be a Good Thing!

Wild opossums have a very varied diet. They eat snails, slugs, spiders, mice, and small unwanted pests like those. Opossums around your home can mean a sanitized home.

The Truce between Adult Cats and Opossums

With their cat-sized body is not so rare to see opossums playing and even sharing food with adult cats as they have a truce of sorts. This is both bizarre and cute!

They don’t Build their Own Dens

Numerous animals make their own den to protect themselves, minus the opossum. This opportunistic animal takes shelter in different places like abandoned animals burrows, brush piles, attics, and other structures (natural or man-made) to cover themselves.