Top 10 Most Expensive Dogs in The World

Dogs are amazing animals and they are great when you pet them. Arguably, dogs are the best pets. In fact, they are one of the most common pets in the world. The history of dogs and humans is so very old that extends beyond thousands of years. Gone are the days when dogs were only used for hunting or guarding. Nowadays, dogs become like members of our family. We get them their special foods, we take them to vet, and we take care of all the aftercare happily. The love of dogs even makes people break their wallet without even thinking twice. Given below is a list of the most expensive dogs, not only with a purchase cost but in aftercare too.

Top 10 Most Expensive Dogs in The World 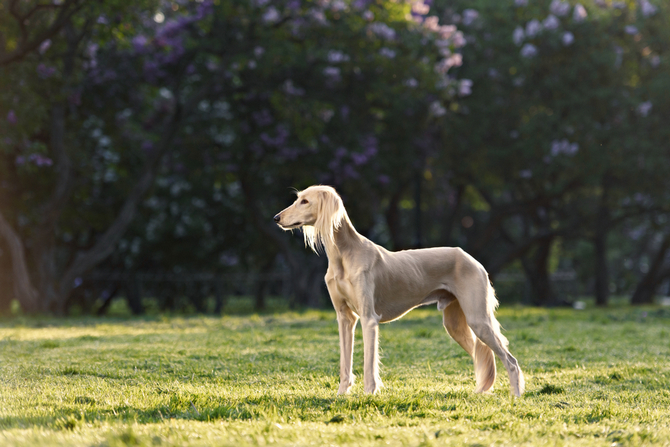 Saluki is a dog breed which was originated from “Fereile Crescent”. They are long-legged and deep-chested. Salukis are very gentle and they have a very special bond with their owners. They are very independent breeds and they require intensive training in their early days. They are also known as Royal Dog of Egypt. It has been told that they were being our companions since the days of the Pharaohs. They are also very great hunters. Back in time, they were used by merchants to hunt rabbits and deer during their travel. They are reserved with strangers, but very active and gentle with family members. As they were bred to hunt, they still got a little wild in them, so they are a little difficult to train. 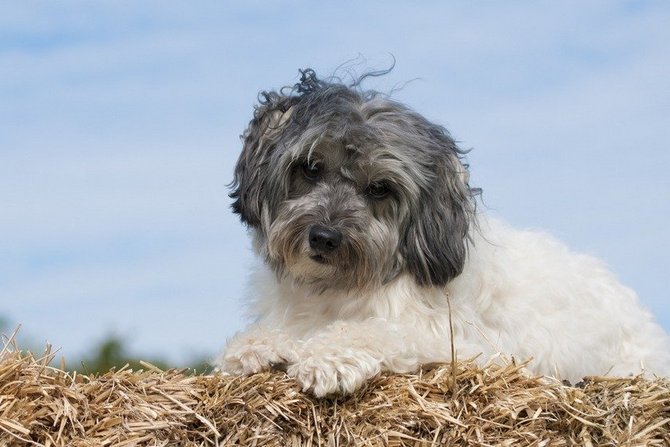 Lowchen is a small breed of dog. Lowchen means “Little Lion Dog” in German. Lowchen is considered as a toy dog. They have long hair, but they shed much less as compared to the other dogs. They also have a lot less allergic effects. They are very happy and friendly by nature. They love to play and they have a very soft heart when they are around with kids. Lowchen can get depressed if left alone for a longer period; they seek human attention and love. They are a very intelligent and quiet breed. During Medieval France and Germany, they were brought up as companions of Royal Families. 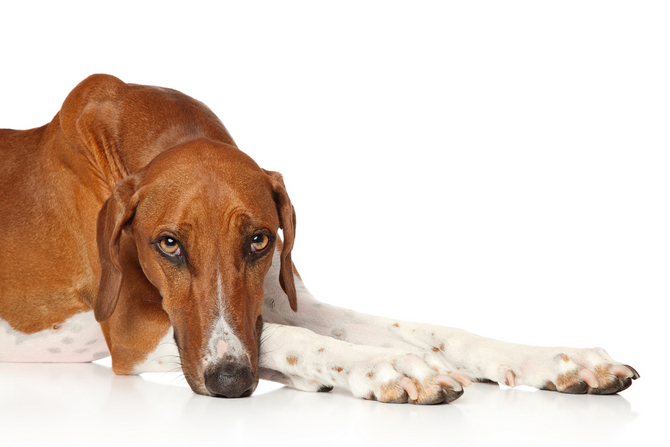 Azawakh is a sighthound dog breed which originated from the African Continent. They have a lean body and they are very swift hunters. They were bred to hunt and to guard by the nomadic tribes of Africa; especially in the Sahara Desert. They are very fast; they can reach up to the speed of 40mph which is very fast in the dog’s world. They develop a very intense bond with their owners, and they are a little protective of them. They are extremely gentle with kids and love to play with them. As they were bred in the Sahara Desert, they can live easily even in 100 degrees Fahrenheit. 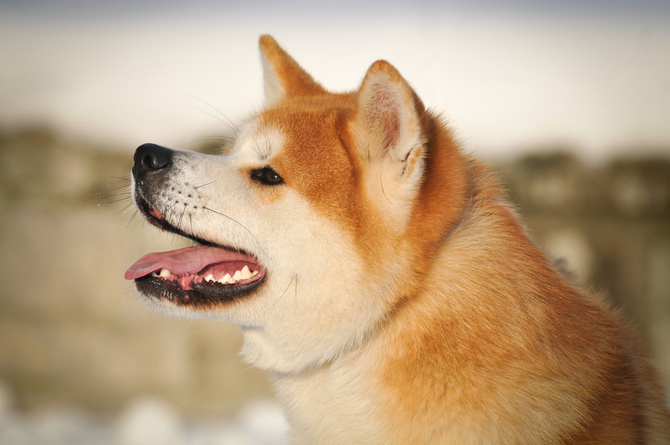 The Akita is a large breed of dog. They originated from Japan, specifically the mountain ranges of northern Japan. This dog breed is listed in the most expensive dog's list for a good reason. In the movie Hachi – A Dog’s Tale, it was an Akita Dog Breed who played the main character. After that movie, people fell in love with them and they are now quite popular in the United States of America. Akitas are a powerful and independent dog breed. They might be aloof with strangers, but with family, they show their enormous affection. Akitas are very reserved with strangers, and sometimes they can show territorial aggression. They are not threatening to a stranger, but they won’t be friendly. When they are around family, they are super gentle and playful. They can be very protective if they see a threatening situation for the family.

Stop guessing with their name. Pharaoh Hound is not an Egyptian breed of dog. They are the national dog of Malta. They were originally bred to hunt rabbits and their native name is “Kelb tal-Fenek” which means “Rabbit Dog”. They are elegant, gentle and very powerful. As they were bred to hunt rabbits, they are also very athletic. They are unique as compared to other dogs, their noses and ears blush when they are happy. They have a short and reddish hair coat. As they were bred to be hunters, they can be little tough but early training can make them gentle and calm.

Pharaoh Hound’s weight can go anywhere from 45-55 pounds on average and height is between 23-25 inches. Males are little taller than females. 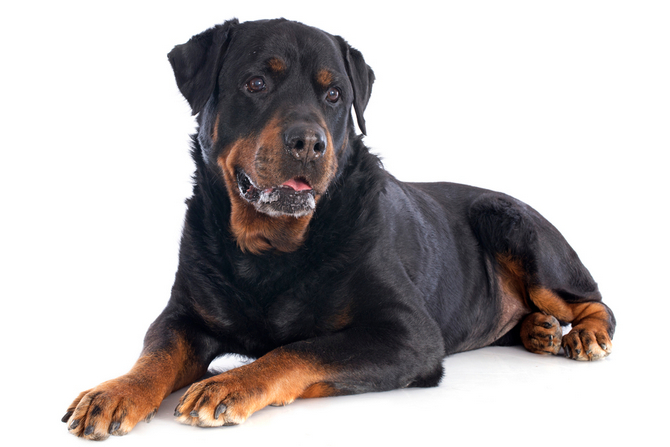 Rottweiler are normally a large or medium-sized dog breed, and they were bred in Germany. They were bred to pull carts and herd livestock. They are very powerful and nowadays they are used as rescue dogs by police. They are also very useful in guarding and as guide dogs. They are great in strength and they have enormous power; this is the reason why they are being used as guard dogs. They are intelligent and fearless. They need to get a proper training at an early age.They can be aggressive and protective of their territory if not trained properly. A trained Rottweiler is gentle and friendly. They are also very calm with kids and understand them. 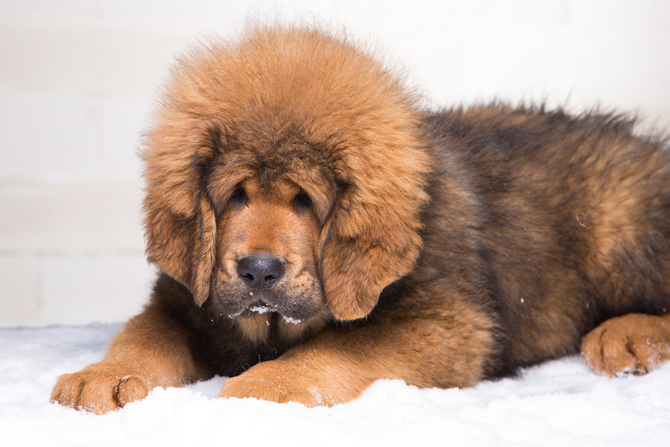 Tibetan Mastiff, the world’s most expensive dog is originated from Tibet. They are also very common in China, Mongolia, Nepal, and India. It is a very old breed of dog, considered ancient among all the dog breeds. They are used to protect sheep from leopards, bears and other predators. They are widely used by nomadic people in Tibet and Ladakh. They are very intelligent dogs and as they are used as flock guarding dogs, they use barking and scent marking parameters to keep the flock in line. They are big dogs who live in cold climate; they are not made for apartments. They are friendly and easy to socialize but they need a lot of exercise and training. They are strong, obedient and very powerful. 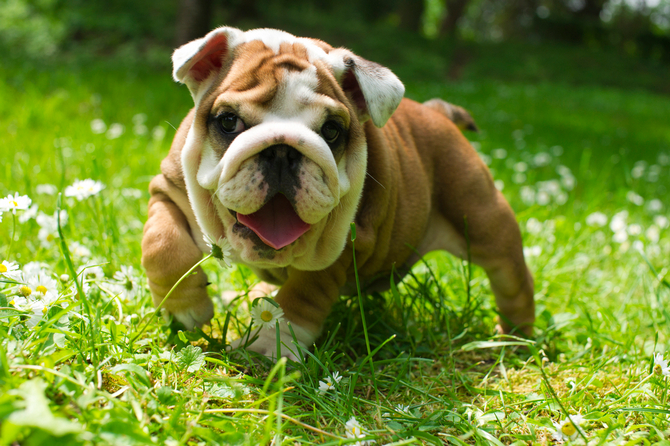 English Bull Dog is a medium-sized dog, they are very popular as domestic house dogs. They are muscular heavy dogs with a wrinkly face. Bull Dogs are also one of the most common dogs in the world. In the United States of America, this breed is ranked as the 5th most popular dog breed. They are very kind and gentle dogs; they are very good with kids. They get attached to small kids and let them play with their ears and tails. They are great family pets. They are not aggressive, but they are courageous and very powerful. 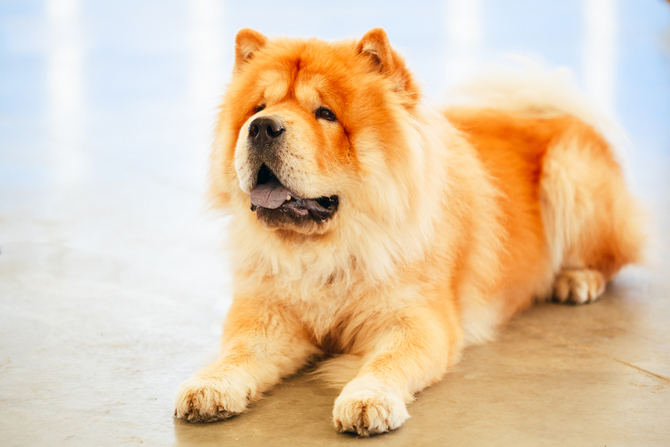 Chow Chow is a dog breed originated from Northern China, and it is also known as a “Fluffy Lion-Dog”. Chow Chow is a powerful, loyal and squarely built dog. Chow Chows are loyal to their master, but they are very suspicious of strangers. They are neither too aggressive nor too gentle. Given the training to socialize with people, Chow Chows can be gentle and friendly with strangers coming to the home. They tend to rest a lot, and they are not very active. But they need something to kill their boredom. They form a very loyal and deep bond with their owner and family. Sometimes, they will behave as a little overprotective. 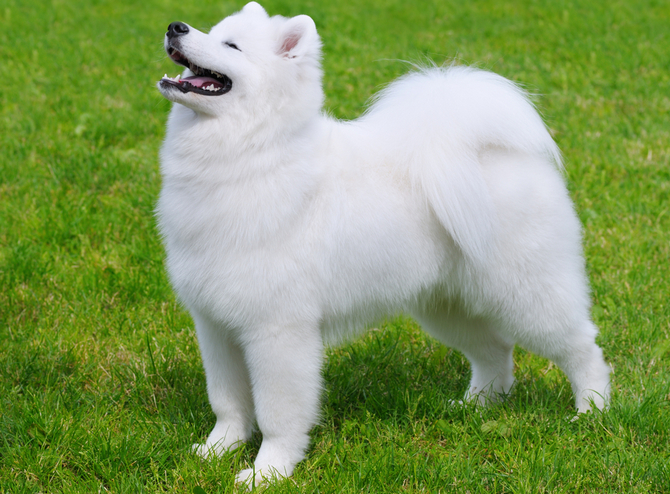 Samoyed is a medium sized Siberian dog. It was bred by the Samoyedic people of Siberia who are nomadic reindeer herders and hence the dog got the name. As it takes the whopping price for purchase, it is considered as the world’s most expensive dog. They are bred to help people in herding and pulling a sledge. In Europe, they are known as Bjelkie. They have a dense, double layer coat which helps them in the extremely cold winters of Siberia. Samoyed’s are very friendly and sometimes they are considered as poor guard dogs. They are excellent companions, and they love to be around with little kids, they play with them and keep their patience around kids. They are very happy dogs and are often called “Sammir Smile” or “Smiley Dog”. They are very strong dogs with one unique habit, they dig when they are bored. So, if you don’t want your backyard full of holes, give them some work and keep them busy.

If you own a dog listed in the most expensive dogs in the world, tell about their post care and tell us how adorable they are. We are all ears!