Small and fluffy. Guinea pigs are among the most adorable small rodents ever! Still, many don't really know much about this tiny companion and even confuse them with other types of rodents. What makes them so unique and desirable for those searching for a pet? And what can you know about this lovely animal? In the list below we give you 10 Guinea Pig facts.

The guinea pig has different names across the world; each and every one of them is different. Fittingly enough, the guinea pig does not come from Guinea (Africa) but rather from Los Andes in South America and is definitely not a pig but a rodent. There are many theories about the origin of the name; some believe it comes from the ships that traveled from England to Guinea and South America in a triangle of commerce where the small rodent was introduced to England. The word pig may come from the grunting noises that the guinea pig actually does make that sounds very similar to the noises a pig makes. It even looks slightly similar to a pig in its body shape.

Names that are commonly given or known for the guinea pig:

Guinea pigs as a rodent species have quite a similar build like pigs, they have large heads in proportion with their bodies, short necks, rounded rumps with no tail and emit sounds comparable to those of a pig. A common guinea pig pet can weigh between 700 and 1200 g and a full grown adult can measure between 20 and 25 cm in length. And they have dichromatic color vision.

Guinea pigs, like people, cannot make their own vitamin C, unlike other mammals. Without vitamin C guinea pigs develop something called scurvy, the inability to manufacture collagen. This deficiency can cause blood clotting problems leading to skin and joints problems. Therefore, is very important for guinea pigs to acquire vitamin C from their diet in the form of vegetables and fruit.

Guinea pigs are extremely social animals, so much that they cannot live happily alone. They prefer to be in the company of another of his kind, not even the gentlest and fun owner substitutes the company of another guinea pig. In a group, guinea pigs are sociable and groom each other; they are not violent animals and especially not to humans, making them a good pet option.

These small rodents are smart enough to learn paths to food and remember the path for months.

5. They come in all shapes and colors! 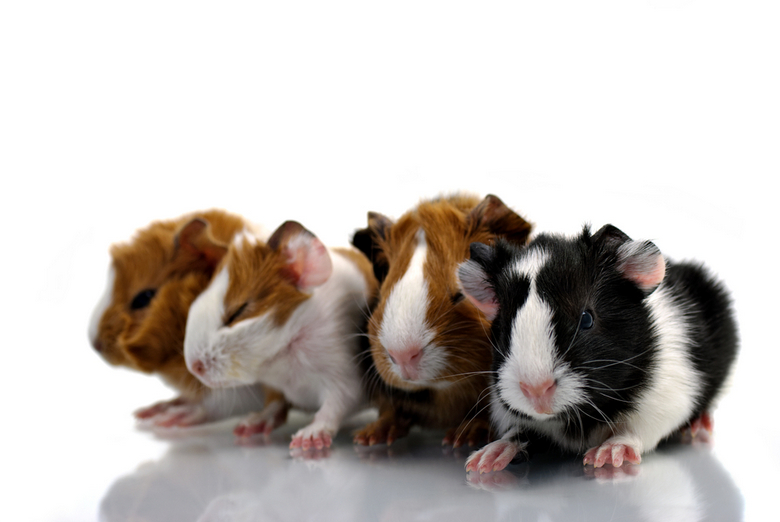 A particular guinea pig breed called a Silkie, also known as Shelties, have fabulous and beautiful hair. Their hair looks like it was just straightened making them the envy of some of their human owners.

With silkie guinea pigs, the owners don’t only have to be aware of the pet’s wellness and health, but additionally, they have to pay special attention to hair grooming and spot cleaning.

7. A Guinea pig's choice of food 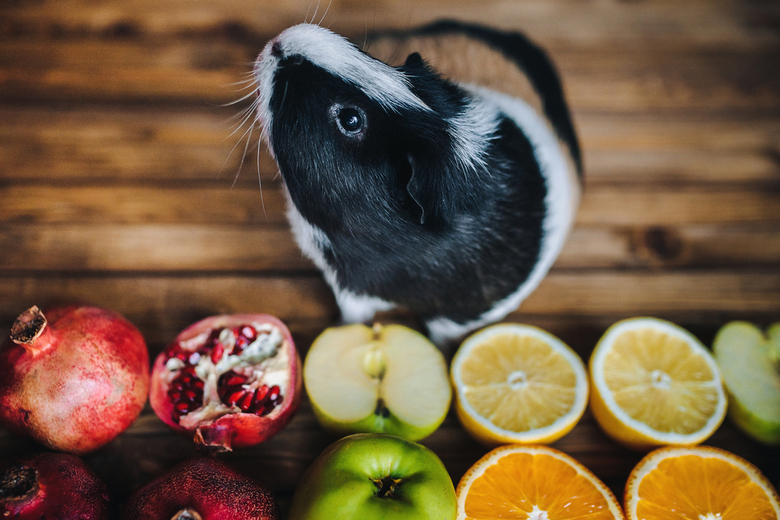 They are herbivore animals, as others rodents species, the guinea pig benefits from grass and hay. Since their teeth grow nonstop they need to constantly chew; hay happens to be perfect for this and it needs to be available at all times.

Pellets designed especially to fit guinea pigs’ needs are also part of their diet, many include vitamin C which is needed for them.

No, you did not read wrong. In some parts of South America, like Peru, Ecuador and Colombia guinea pigs or cuy, as they are called there, are the traditional dish of certain holidays there. It comes with a twist though, the feast attracts the insects responsible for the Chagas disease plague, so villagers must be especially careful.

How can that be? Well, guinea pigs are often used in experiments because they have biological similarities to humans, which makes them useful in many fields of research. Guinea pigs have been used in experimentations way back since the 17th century, so this small rodent played a major role in the establishment of the germ theory in the late 19th century.

As a result of their lack of capacity to synthesize vitamin C, they are ideal for researching scurvy. In short, the use of guinea pigs in medical research has allowed the creation of pharmaceuticals and medical processes that have quite frankly saved the lives of many people.

Guinea pigs are everywhere! Even in space, the first time was courtesy of the USSR on the Sputnik 9 biosatellite of March 9, 1961, with a successful recovery. China in 1990 also launched a biosatellite that included guinea pigs as passengers…guinea pigs are absolutely wonderful and delightful!

We hope you liked the list and find it enlightening, guinea pigs are small unique animals that anyone would love to have at home. If you learn something new, don’t forget to share!