Your Curious Dog Got Bit by Fire Ants? Do Not Panic

Whoever said dogs are a man’s best friend did not lie. The relationship between us and our furry friends dates back millennia. Having a dog at home gifts us with a listening ear, a silent or not-so-silent companion, an unconditional friend and a security expert who doesn’t need paying. For this reason and many others, we generally don’t like seeing our canine friends hurting or sick. But since like us, dogs have a curious nature and sometimes they tend to get themselves in trouble. Like venturing into fire ant territory and getting bit. So, next time your dog rolls, stamps on, or falls over a fire ant mound, do not panic - treat them. 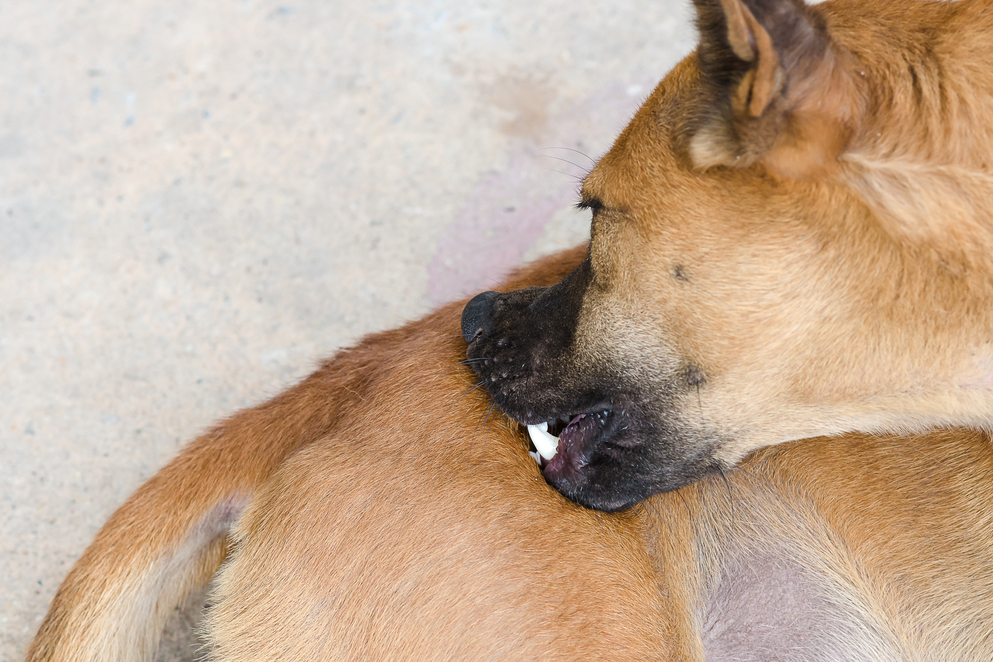 What Are Fire Ants?

Fire ant is the common name for several species of ants in the genus Solenopsis. Generally all of them are stinging ants and a majority are light brown in color or reddish hence the name fire ant. They thrive in areas with warm temperatures and always seek uninterrupted sunlight, avoiding shady and dark places.

How to Know If Fire Ants Live near You

In places where fire ants live, they are normally given away by the mounds they build. In many cases these mounds are located around tree stumps and in rotting logs. But this is not to mean they cannot occur in buildings. Another good indicator of the existence of fire ants is that they prefer to build in open sunny areas such as lawns and fields.

Areas Likely to Be Bit by Fire Ants on Your Dog

Dogs are naturally inquisitive. It is this innocent yet likeable character that makes them more susceptible to fire ants. The areas the fire ants will likely target are;

Symptoms of Fire Ant Bite on Your Dog

Symptoms of fire ant bites range from mild to severe depending on the nature of the bite, the areas bitten and the amount of time the dog was exposed to the fire ants. 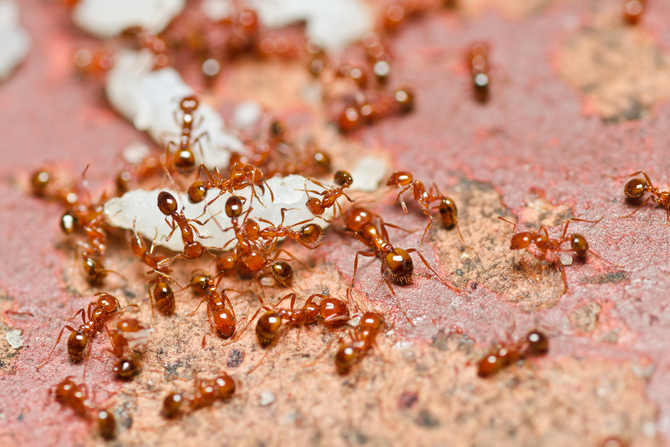 1. Remove the Dog from the area

The first step to take when your dog has been exposed to fire ants is to stop the attack. This will immediately enable you to take stock of the extent of the bites. Once the dog is removed from the suspect area, use a dog brush to gently remove any ants stuck in the dog’s fur. While this is ongoing reassure the dog by talking calmly to it.

2. Stop the dog from aggravating the bites

Hold the dog firmly but gently to stop it from licking or gnawing the bite as this will only increase the pain.

Pour water into a container, mix oatmeal shampoo with the water to make an oatmeal bath. Soak a clean cloth in the bath and use it to wipe the areas on the dog that were bit. The solution soothes itchiness and prevents infection from bacteria.

4. Apply baking soda to the bites

Prepare a simple baking soda paste by adding baking soda to a bowl and mixing it with water until it forms a smooth and thick paste. After which rinse your dog to remove all traces of the oatmeal solution applied in the previous step. Once that is done, apply the baking soda paste onto and around the fire ant bites. Baking soda naturally relieves pain and reduces swelling.

Icing the fire ant bitten areas reduces pain and swelling. Wrap ice cubes using a cotton towel or cloth, and once that is done, press the cold cloth on the wound for 10 to 15 minutes. Any longer and you risk preventing the circulation of blood in the affected areas. Administer this treatment intermittently over a period of time. Every two or three hours is recommended to allow the dog to adjust and recover to the changes in temperatures.

A dog that has suffered a fire ant attack will show mild symptoms and in most cases the home remedies stipulated above will suffice. However, in some cases severe symptoms are seen. Normally this suggests an allergic reaction to the fire ant bite. When this happens, it is important to take your dog to the nearest vet. In the situation that your dog is bit, monitor its overall well-being and should you notice any signs of an anaphylactic reaction then it is proper that you seek medical attention.

At the vet, cases of allergy to fire ant bites normally necessitate a dose/doses of Benadryl. Benadryl is an antihistamine that acts to counter the adverse effects of the fire ant venom in the dog.

Tips to Keep In The Back of Your Mind