Chinchillas are very small rodents which are natives of South America. They usually live in the arid and rocky areas in mountains. They are very naughty and active creatures. The chinchillas get well tamed if they are handled very gently from a younger age. They also get well bonded with their owners. These pet animals do not behave like cats and dogs who cuddle their owners. They express their affection towards their owners through varying means that are different than how cats and dogs express their affection. If two chinchillas are brought up together from a young age, they normally get along easily with each other.

Chinchillas are nocturnal in nature and so they will be very active at night. They are less commonly known as crepuscular. They should be kept in a quiet area throughout the day. They feel comfortable if there is a consistent routine in feeding and handling them; else there are chances for them to get stressed out. They are very active and love to play around. Chinchillas need a spacious cage to play and carry out their mischievous activities. It may take a longer time for the chinchillas to develop trust with their owner. The owner has to spend a lot of time in taming the chinchillas with great care and a lot of kindness. Chinchillas may need a lot of time for getting used to the hands of the owner. Some of the chinchillas may not really prefer to be held. These creatures usually prefer exploring and they climb on the owner and will not like to get restrained. While taming the chinchillas, stay calm, patient and move slowly. Chinchillas are available in different types and breeds. 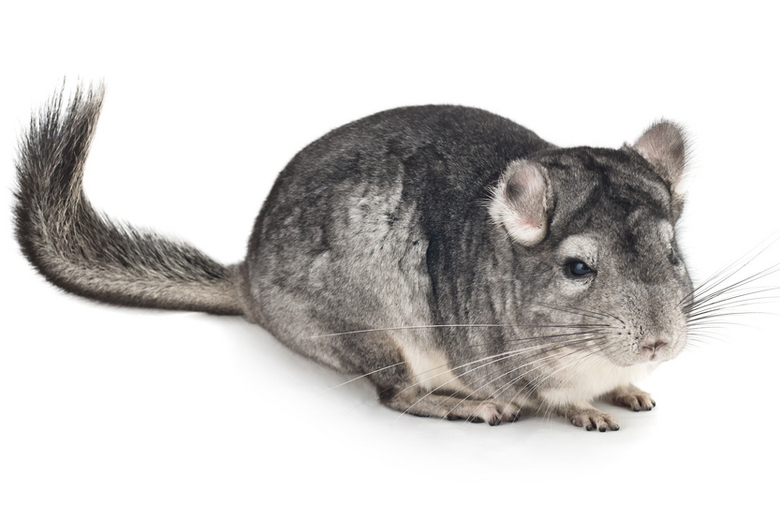 The long-tailed chinchillas are usually available with fur that is brownish, bluish, or pearl gray except on the stomach that has the yellowish white color. The coat is very dense and soft, and the hair has black tips. The thick fur of the chinchillas helps them to stay warm in higher altitudes. They have very large black eyes that have the vertically split pupil, larger external ears, vestigial cheek pouches, and broadheads.

The soles of the feet of these chinchillas are not furry and even have foot pads that are very fleshy, known as pallipes. The forefeet have four toes which are used for grasping. Their claws are very weak. The well-developed hind limbs of these creatures are much longer compared to their forelimbs. Most of the long-tailed chinchillas move on all four limbs.

Size: The long-tailed chinchillas have bodies that are 9 to 14 inches long and bushy tails which are 3 to 6 inches long. Females of this breed weigh up to about 1.76 pounds and males weigh up to 1 pound.

Native Habitat: This is the breed of chinchilla which is found in the Andes Mountains of northern Chile. They are found in the mountainous and rocky areas from 9,800 to 16,400 feet.

Social Structure: The long-tailed chinchillas usually live in colonies that can have hundreds of the creatures. The females are dominant in nature. They are quite aggressive towards each other and also towards the males. Even though they are very aggressive, it's very rare to find them fighting. These chinchillas express their threats through the chattering of the teeth, growling, and urinating. 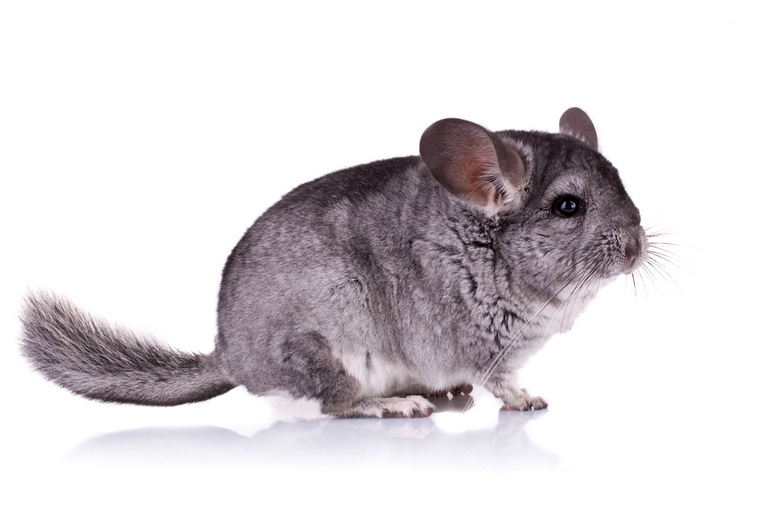 The short-tailed chinchilla is also known as royal, Peruvian, or Bolivian Chinchilla. It is one among the endangered species of the rodent. They are found mostly in the Andes Mountains of Argentina, Bolivia, Peru, and Chile. These rodents are highly exploited for their fur.

Characteristics: These rodents usually measure 28 to 49 cm in length and 38 to 50 ounces in weight. They come with shorter front legs and very powerful and longer hind legs which help in jumping and climbing. The short-tailed chinchillas are characterized by their thicker shoulders and necks. Also, their tails are shorter.

Ecology: The chinchillas burrow undergrounds or within rocks for their shelter. They are usually found in the colder climates and their body's nature is suited to this climate. They feed on vegetation. They are very social animals and they live in herds or colonies. They give birth to litters consisting of 1 to 2 babies.

Commercialization: Many of the chinchillas are kept in captivity for their fur which is very dense and fine. They are of much higher demand in the fur industry. The commercial hunting of the short-tailed chinchillas started in the year 1829 and it increased with time to about half a million skins every year. Hunting of chinchillas was considered illegal in the year 1929. The laws related to the hunting were not very effective till the year 1983. 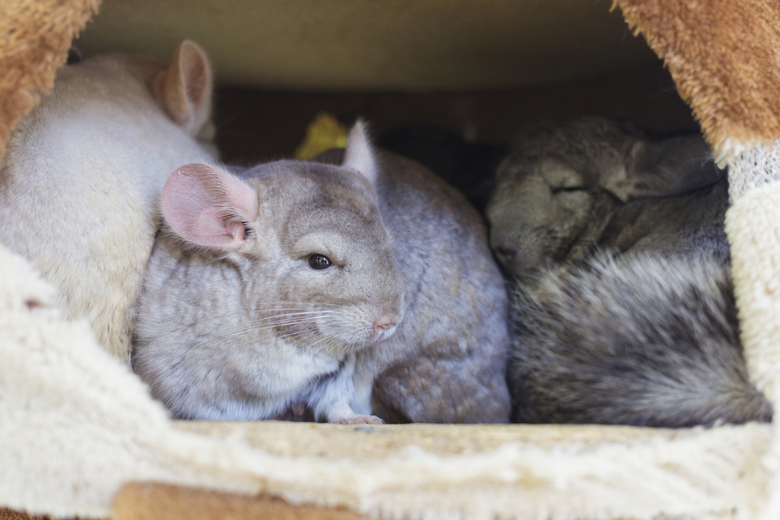 Chinchillas are found in different colors and one should know more about these creatures and the uniqueness of the colors of their furs. The Chinchillas are available in Grey, Brown, Purple, Beige, White, and Black. 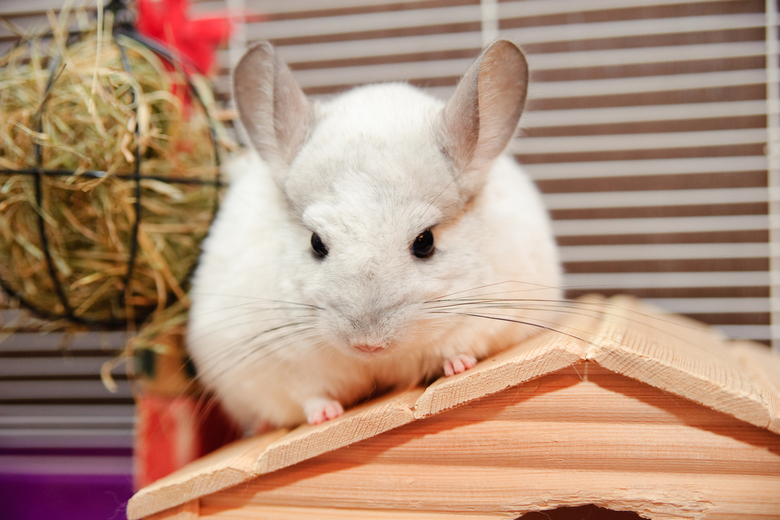 The white gene is incomplete and should be combined with some other color. The white chinchilla needs to be bright white in color and have no yellow casting in it. They also come with darker patterns on the darker ears and the fur. These rodents bear unique patterns that are silvery in color. It is not advised to breed white chinchillas together as there are issues with their genes. There are even various types of white chinchillas which are TOV mosaic, white mosaic, white violet, white tan, and white ebony. 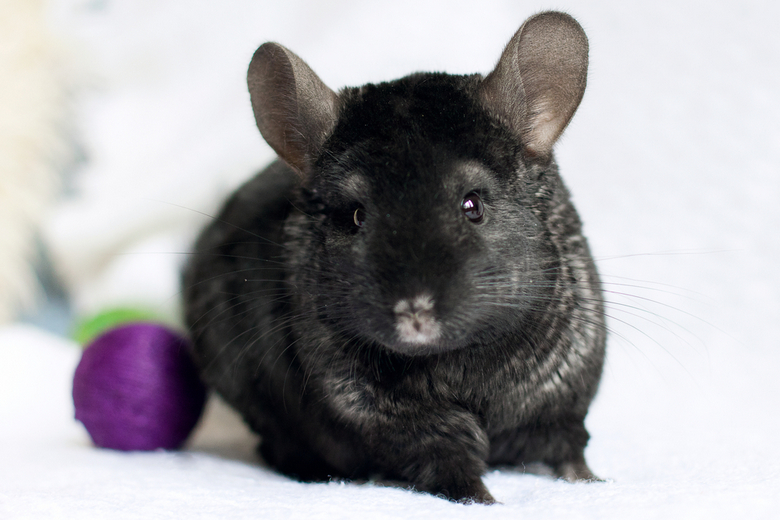 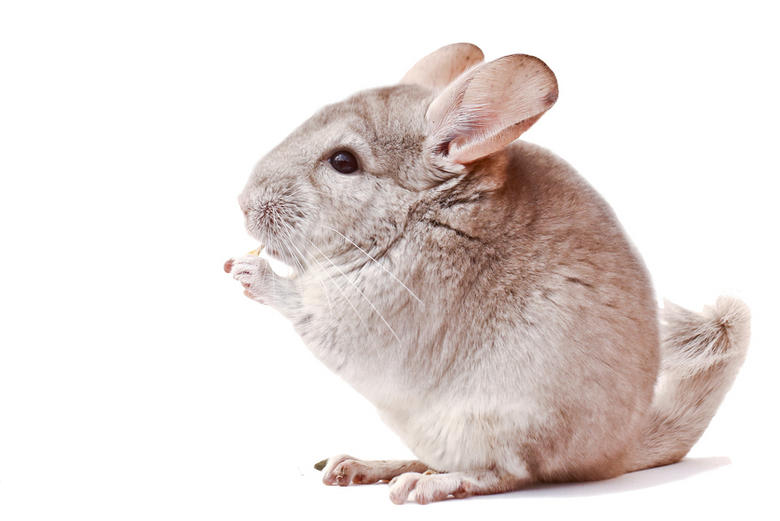 The beige violet chinchilla is the one which can be called as the combination of the violet and the beige gene. It has a lighter champagne color. The belly has a bright white tone. This is the breed that even comes with purplish eyes. 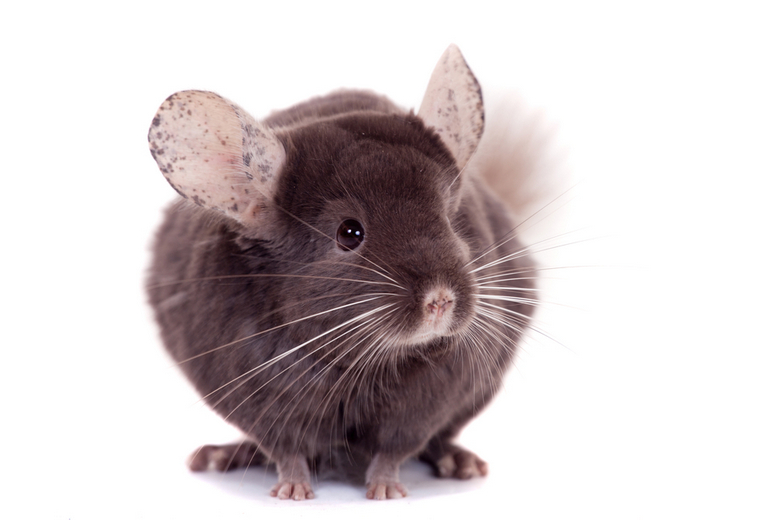 The purple chinchillas are the ones with the fur that is very grey in color on the whole belly. These chinchillas come with a violet gene with the combination of an ebony gene. The heritable characteristics are very prominent. It is not recommended to breed the violets with each other as the color is very recessive. 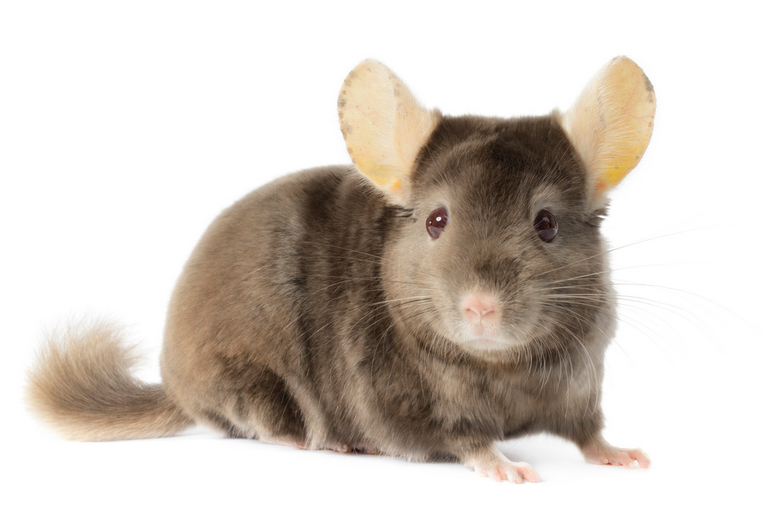 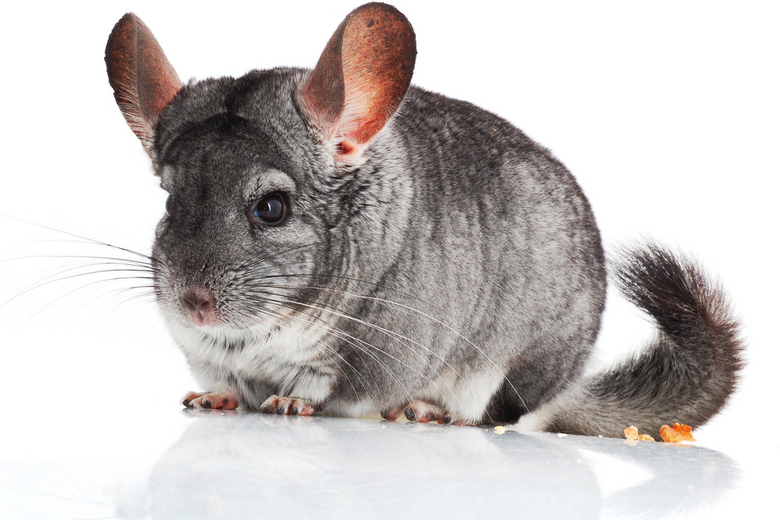 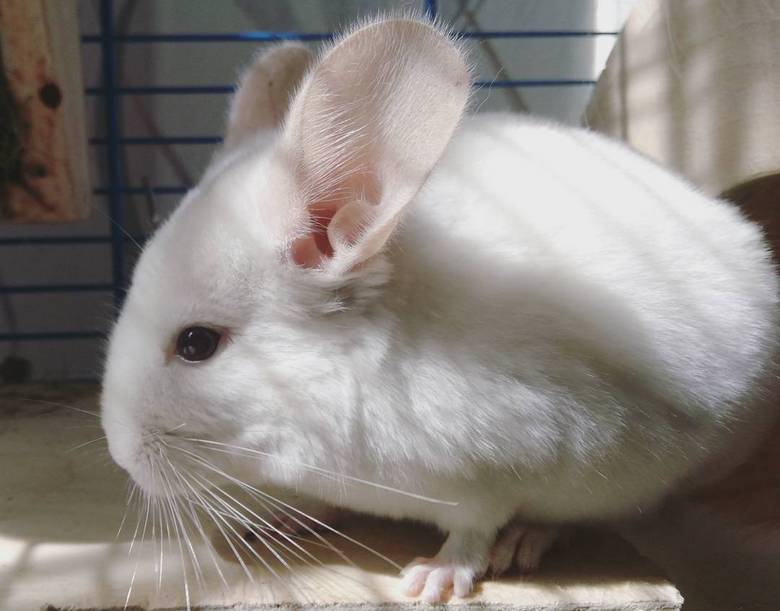